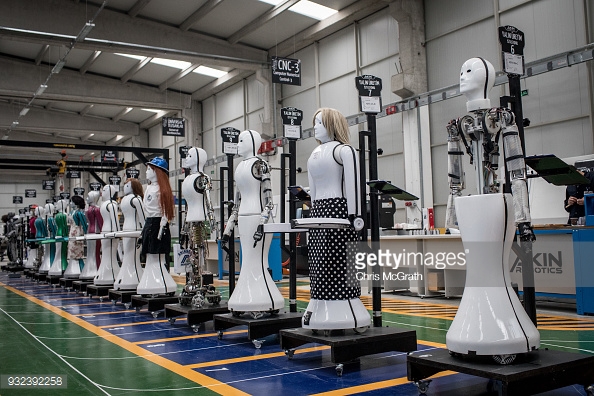 Automation, Innovation, and the Arrogance of the Elite

Innovation increases prosperity for everyone; universal basic income would do the opposite

Automation is not going away. Neither is the idea of a guaranteed basic income (GBI) paid by the government to mitigate the effects on jobs.

Billionaire and Microsoft founder Bill Gates suggested the introduction of an income tax on robots, like that on employee wages. Proceeds of this tax would be used to provide a basic income for all, to compensate for job losses and to ease inequality.

The European Parliament’s legal affairs committee commissioned a report on the consequences of the rise of robots and artificial intelligence. The report recommends the member states adopt a GBI for all, to compensate for the loss of jobs due to new technologies.

Swiss citizens, however, rejected the idea of a GBI in a 2017 referendum, since the values of personal responsibility and freedom are very strong in its civil society. Government is kept small and is considered a service provider. While the Swiss voted as expected, it is surprising that Gates, who with Microsoft spearheaded innovation and increased worker productivity, is pushing for state-directed compensation of citizens.

For a GBI would not only discourage innovation but also send the wrong message about work ethic and life in general. Certain parts of society might use this benefit to avoid education and work.

It could create a new class of long-term government parasites. Living off public subsidies instead of on personal achievements deprives people of a good part of their dignity and sense of responsibility.

Of course, a GBI would need enormous funds that only Switzerland could maybe afford, and it would result in increased taxes on the new means of production. Taxing robots, as proposed, would then result in curbing innovation and, in consequence, reduce prosperity, especially for people with lower incomes.

Entrepreneur and author Anurag Harsh made a convincing case that we need not fear innovation, that robots will still need human guidance and that new jobs will be created. He quoted Henry Ford as saying, “If I had asked people what they wanted, they would have said, ‘Faster horses.’”

Harsh also made the following point:

“If we compare the jobs of 100 years ago to the jobs of the present, we would be stunned by the standard of living and the thankless work. Creative directors, content strategists, app developers, and social media managers are a product of our times. The mentality of doing what you love is also a product of the epoch. Indeed, hundreds of traditional roles have disappeared over the years, but they have been replaced with new job titles for our digital age.”

I remember that at the beginning of my career, companies started to use computers. Compared to the efficient technology of today, it was the stone age–computers based on punch cards. Nevertheless, there were worries that computers would drastically reduce the need for accountants. Instead, their numbers multiplied and their wages increased.

Let’s take agrarian Germany as another example. Around 1900, 38 percent of the German population was working in agriculture; in the early 1950s, the figure was 24 percent; and now it is only about 2 percent.

The reduction in the number of people working in agriculture did not cause major unemployment in the 1950s or today. And there are other effects to consider. In 1900, one person working in agriculture would produce food for four people; in 1950, for 10 people; and today, for more than 130. The output per hectare of agricultural land has also multiplied. In 1900, Germans spent an average of about 50 percent of their income on food; today, the figure is down to 14 percent.

The workforce freed from agriculture could be used in other areas of the economy and society, further increasing the general well-being. With the reduced share of income spent on food, people could buy other goods and services, and new sectors could be developed. There are numerous examples, but just consider the health and beauty sector, which has seen a proliferation of services that were almost nonexistent and mostly unaffordable before automation.

Like past innovations, automation and artificial intelligence will increase prosperity for all. It will complement human intelligence and creativity. It will be a tool, not a substitute for human skills.

It is normal that people are afraid of progress and change. However, that groups of people, including Gates and the European Parliament, want the state to increase its importance by paying general subsistence to everybody is worrying.

It would make the population dependent on the state and incentivize corruption, including in democracies. People who accepted and permanently relied on a GBI would be dependent on the government, which would become too powerful. They would be giving up freedom and choice.

A true democracy that preserves the rule of law and protects the citizen against arbitrary encroachments–especially by the state–needs free citizens.

The Myth of Total Equality

The problems these proposals present are manifold. By reducing innovation, a GBI would slow the expansion of prosperity through all layers of society, or even stop it. It could create an uneducated class of people who would become accustomed to dependence on the state and would not be required to make any effort at self-improvement.

This would jeopardize the principle of the “pursuit of happiness.” It would also put democracy and the rule of law in peril by making the state too powerful. It would risk creating a situation in which a small group of powerful bureaucrats decides the fate of huge groups of people.

The desire to create a perfect society by implementing technocratic theories has appeared repeatedly throughout mankind’s history. These wishes include the dogma of total equality, a deeply inhuman claim. Free people are created different and should have the freedom to choose. Freedom, however, is not a “free lunch”; one must strive for it through effort and achievement.

And the result of “total” equality is a two-class society. A small and prosperous “nomenklatura,” as in the Soviet Union, tells the broad population how to live and be “equal.” Proponents of a GBI are ultimately striving for a society envisioned by the leaders of the USSR.

To promote prosperity for all, we need both technological innovation and continuous improvement of skills at all levels. Introducing a GBI could deprive many people of their ability to grasp their opportunities and realize their potential.

To believe that a large part of people will not be able to follow or even lead technology is a sign of intellectual arrogance camouflaged as compassion.