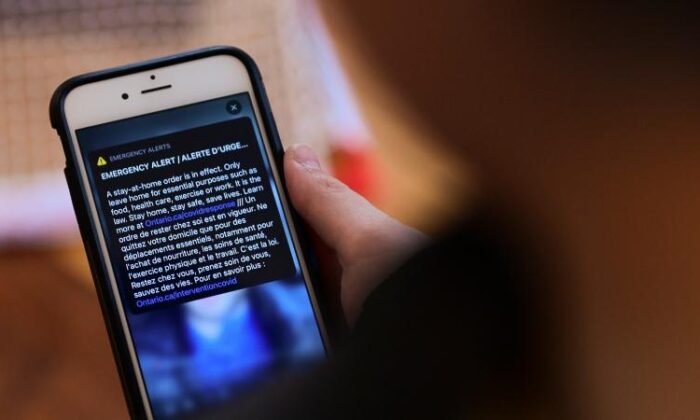 An emergency alert regarding a stay-at-home order during the COVID-19 pandemic is viewed on a cellphone in Eastern Ontario on Jan. 14, 2021. (The Canadian Press/Sean Kilpatric)
Canada

Cellphone users in several provinces and all the territories may be surprised by an automated emergency alert today, but participating governments say it’s only a test.

The exercise is part of a scheduled trial of Alert Ready, a system used across the country to broadcast warnings on radio and television stations, as well as compatible wireless devices.

To receive alerts, mobile phones must be turned on, be connected to a cellular network and have updated software.

The test involves an emergency tone and a message indicating no action from the public is required.

Ontario, Quebec, Manitoba and Nova Scotia are not participating in the test.

Here is a list of local times the alert will be sent out: