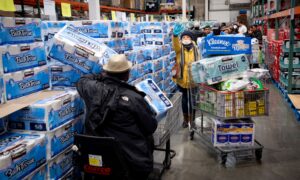 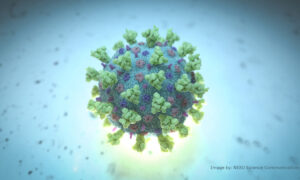 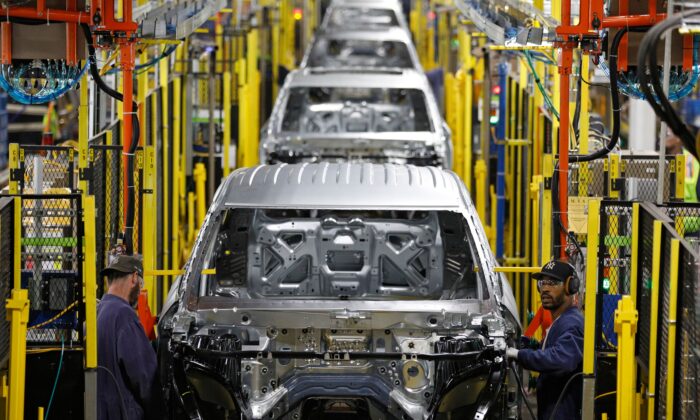 DETROIT—Concerns about the spreading CCP virus forced most of North America’s auto plants to close, at least temporarily.

Ford, General Motors, Fiat Chrysler, Honda, and Toyota said they would shut down all factories in the region, citing concerns for employees who work in close quarters building automobiles. Nissan will close U.S. factories. Hyundai shut down its Alabama plant after a worker tested positive for the virus.

Detroit’s three automakers said their closures would begin this week, while Honda and Toyota will start next week. Nissan will close U.S. plants starting March 20. Closings will run from a few days to over two weeks, but most automakers said they’ll have to evaluate the spread of the virus before reopening.

“We have been taking extraordinary precautions around the world to keep our plant environments safe, and recent developments in North America make it clear this is the right thing to do now,” GM CEO Mary Barra said in a statement.

Detroit’s three automakers alone will idle about 150,000 workers. They likely will receive supplemental pay in addition to state unemployment benefits. The two checks combined will about equal what the workers normally make. GM said pay was still being negotiated with the United Auto Workers union.

Ford said it will work with union leaders in the coming weeks on plans to restart factories. The union has been pushing for factories to close because workers are fearful of coming into contact with the virus.

At GM’s pickup truck assembly plant in Flint, Michigan, workers have tesla apprehensive ever since the virus surfaced in the United States, said Tommy Wolikow, a union member who delivers parts to the assembly line.

Wolikow, 38, said he comes in close contact with other workers and was afraid of catching the virus and passing it to his two daughters ages 2 and 7.

“That’s the thing that I was scared the most about, being the one to bring it home to them,” he said.

He is happy that GM is closing and is hopeful that he’ll get unemployment and supplemental pay.

Honda announced plans the morning of March 18 to close for a week starting on March 23, putting additional pressure on Detroit’s automakers to follow suit. Toyota plants will close on March 23 and March 24, reopening on March 25 after a thorough cleaning, the company said. Nissan’s closures will last through April 6.

In addition, Hyundai suspended production at its plant in Montgomery, Alabama, on March 18 after a worker tested positive for the virus. The company said production would resume once its health and safety team determines that the plant has been sufficiently sanitized.

The decision by Ford, General Motors, and Fiat Chrysler reverses a deal worked out on March 17 in which the three agreed to cancel some shifts so they could thoroughly cleanse equipment and buildings, but keep factories open. But workers, especially at some Fiat Chrysler factories, were still fearful and were pressuring the union to seek full closures.

Before the closings were announced, Fiat Chrysler sent workers home from a factory in Sterling Heights, Michigan, north of Detroit, after workers were concerned about the virus. The company said a plant worker tested positive for the CCP virus but had not been to work in over a week.

Ford said it closed an assembly plant in the Detroit suburb of Wayne, Michigan, on March 18 after a worker there tested positive for the virus. The company said it is thoroughly cleaning and disinfecting the building. Production will be halted through March 30, the company said.

Automakers have resisted closing factories largely because they book revenue when vehicles are shipped from factories to dealerships. So without production, revenue dries up. Each company has other reasons to stay open as well. Ford, for instance, is building up an F-150 pickup inventory because its plants will have to go out of service later this year to be retooled for an all-new model.

Tesla Inc. will suspend production at its California vehicle factory beginning on March 24 to comply with local orders aimed at curbing the spread of coronavirus, the company said on March 19.

The company said its New York factory will also temporarily suspend production, while operations at its Nevada plant will continue.

“Despite taking all known health precautions, continued operations in certain locations has caused challenges for our employees, their families, and our suppliers,” the company said in a statement.

Tesla also said it believed it had enough liquidity to successfully navigate the extended period of uncertainty, with some $6.3 billion in cash at the end of the third quarter, ahead of a recent $2.3 billion capital raise.

California’s Alameda County, where the vehicle factory is based, is one of six covered by an order from regional officials to “shelter in place,” which limits activity, travel, and business functions to only the most essential, and advises people to stay home except for the most crucial reasons.

The county sheriff’s office said on March 17 Tesla was not considered an essential business and cannot continue to operate its factory normally.

More than a dozen Northern California counties—an area home to about 10 million people and including all of the San Francisco Bay Area—have ordered residents to shelter in place for three weeks and ordered businesses to send employees home in order to slow the spread of the CCP virus. Businesses that can remain open include pharmacies, banks, and supermarkets, but not electric car manufacturing.

Tesla said on March 19 it would continue basic operations at the Fremont factory in compliance with the order to support vehicle and energy services and charging infrastructure.

The Epoch Times and Reuters contributed to this report.