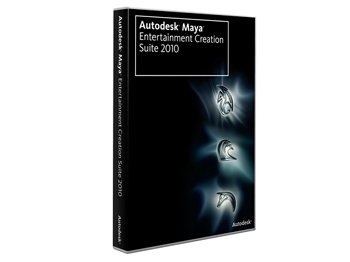 By Joshua Philipp
Print
Autodesk’s software has a long and prestigious following. Maya, one of their leading programs for digital 3-D creation, has been used in every movie that has won an Academy Award for Best Visual Effects since 2001, and is also a favorite of top video game manufacturers.

The much anticipated release of the Maya Entertainment Creation Suite 2010 brings some new features and updates to Autodesk’s popular digital 3-D creation software.

Autodesk released two separate suites for this new release, one with Autodesk 3ds Max and one with Maya 2010. Both include MotionBuilder 2010 and Mudbox 2010. The benefit of purchasing the suites is that you get a good price break over purchasing the individual software.

Maya 2010 is a complete workspace for 3-D modeling, animation, rendering, and visual effects. Mudbox 2010 focuses primarily on modeling objects and is comparable to molding a character from clay—similar to ZBrush from Pixologic. While MotionBuilder 2010 is for motion capture and 3-D character animation.

The program yields beautiful, photo-realistic 3-D images, and integration between the different products allows for better work flow and improved end results. You could, for example, create the basic character modeling in Maya 2010, send the image to Mudbox 2010 for advanced 3-D painting and detail, then send the character over to MotionBuilder 2010 to give it realistic movement.

All three programs manage to bring a very difficult concept and present it in an environment that nearly any user with a bit of enthusiasm and time can come to learn. To help in this process, each of the three programs in the suite comes with tutorials in the start-up menu to get you started.

Think of Maya 2010 as a more complete version of its 2009 release. It combines all of the features of Maya Unlimited 2009 and Maya Complete 2009. It also adds Maya Composite 2010, Autodesk MatchMover 2010, and Backburner to the mix.

Composite 2010 is a node-based compositor that was introduced a few years back. It assists the user to create a 3-D scene and significantly speeds up the entire process. It can assemble a composite of your render passes automatically based on a set of available template choices or from templates you create. It also has a few other helpful features that add depth of field, motion blur, color correction, and support for stereoscopic products.

Replacing the Maya Live module, MatchMover 2010 allows users to better map 3-D imagery onto a scene, such as adding a 3-D image to a 2-D video. It can also generate a set of tracking points on an image to create a camera path as the video moves. This allows 3-D objects to blend in seamlessly to a 2-D video. Meanwhile, Backburner offers an easy environment to manage network rendering.

In addition to the 2010 updates, users also have access to all of Maya Unlimited 2009’s advanced simulation features, which are impressive to say the least. You could, for example, render water, pour it from a glass into a moving container, and watch as droplets splash out onto a surface below.

There are just a handful of other new features in Maya 2010. Among them are the ability to add constraints to an animation layer and the addition of five batch rendering nodes.

MotionBuilder 2010 specializes in rendering character movement and interaction with other objects. The new version adds several new features, including increased performance to the animation engine, and the ability for users to define their own keying groups.

The Ragdoll Animation Mixing feature allows the user to create character thresholds. Set the threshold on low, for example, and if a character moves over harsh terrain—such as a log or a rock—they will trip and are treated with a realistic rag doll effect as they fall.

There are also improvements made to the Dynamic Joints system which allow for more realistic and fluid movement. Add dynamic joints into a character’s hair, for example, and it will appropriately flow as they walk or go through other animations. You can drag objects, have objects hanging from others, and watch them bump and interact if they collide.

The New Pose Controls allow a user to record poses for any object in a given scene, which can then be reused for animations.

Mudbox 2010 is a highly-advanced digital sculpting software that allows artists to mold 3-D objects from digital clay, paint them in 3-D, and add textures and effects to create photo-realistic characters and objects.

The software is easy to use and has a clean workspace, making it instantly accessible for new users. Since the environment is rather simple and straightforward, the new features in Mudbox 2010 are very noticeable.

The 2010 release has new image renderings, new filters, new texture maps, and several other updates. There are also some improvements to existing tools.

Among my favorites are the new Non-Photorealistic render which makes your 3-D objects look like drawings—a rather cool effect to apply to an image.

Also with 2010, users can now use mirroring when doing texture painting, which saves a great deal of time when adding detail to an object, and there are some additional features that make it much easier to export a texture map to Photoshop for some additional work.

The release of Autodesk Maya Entertainment Creation Suite 2010 brings some great improvements to an already great line of software. For new users looking to learn or use the software, the latest release is the best yet. In addition to its new features, it combines the best of previous versions and some third party modules that help a great deal in making your creations come alive.

For existing users, who already own all three programs and third party modules, the update only offers a few new features, but they could come in handy depending upon your particular use of the software.

"If you are currently looking to purchase one of the new products, it may be worth considering going for the whole suite. The pricing works out to an equivalent of purchasing one of the products and getting the third free."

[etDetailsBox SCORECARD]
Effectiveness: A+
Usability: A
Installation: A+
Overall: A
[/etDetailsBox]