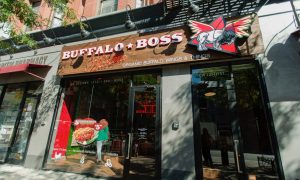 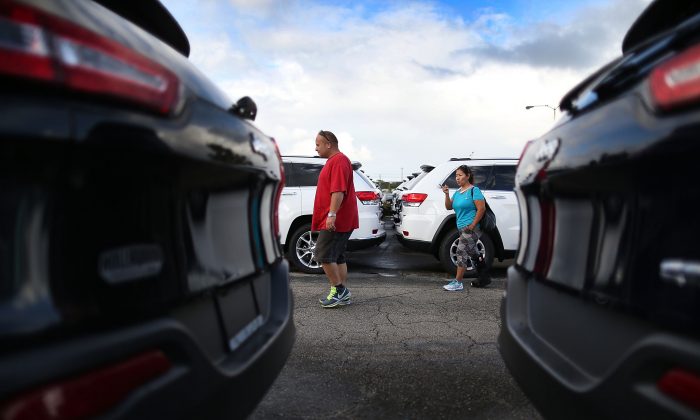 After several years of growth, the auto loan market—traditionally a staple of the U.S. economy—could face severe challenges in the near future.

Currently, there is a record number of outstanding auto loans. American consumers have been on a car-buying spree since the last economic recession, encouraged by the federal Car Allowance Rebate System (also called “Cash for Clunkers“) signed into law by President Barack Obama in 2009, as well as the recent decline in gasoline prices and the prevailing low interest rate environment. Consumers bought 17.5 million new vehicles in 2016—a new record, according to auto industry data website Edmunds.

Investors are worried about a bubble in the industry, especially among subprime borrowers with lower credit scores.

Auto loans exceeded the $1 trillion mark last year for the first time, ending the year at $1.16 trillion, according to the Federal Reserve Bank of New York. The balance of loans was more than 63 percent higher than that at the end of 2010.

Lenders issued $142 billion in auto loans in the fourth quarter, making 2016 the highest in auto loan origination in 18 years of data tracking by the New York Fed.

While total auto loans increased across the board last year, the largest growth has come from consumers with the riskiest credit profiles.

Loans given to the least credit-worthy consumers—deep subprime (those with FICO credit rating scores below 500) and subprime (501 to 600)—increased by 14.6 percent and 8.6 percent, respectively, last year. Those figures far surpassed the growth of loans to prime (those with high credit scores) and super prime consumers, according to data from Experian, a leading credit agency.

As expected, handing out larger loans to lower quality borrowers has increased rates of delinquency.

Auto loan delinquency rates grew in the fourth quarter of 2016—3.8 percent of all outstanding auto loans were 90 or more days overdue, 0.2 percent above the previous quarter, according to the Quarterly Report on Household Debt and Credit issued by the New York Fed in February.

Data from Morgan Stanley also support this trend. The delinquency rate among subprime borrowers was 4.5 percent at the end of 2016, approaching levels seen at the peak of the 2008 financial crisis, according to the bank’s research.

It might be unwise to draw too many parallels between today’s auto loan market and the subprime mortgage market before the 2008 financial crisis. Auto loans as a whole make up a much smaller proportion of household debt than mortgages, and a deterioration in the market shouldn’t trigger systemic issues in the economy.

However, auto loans are also fundamentally different from mortgages and, in certain ways, more problematic. Prior to the financial crisis, a widely held view was that if a borrower defaulted on a mortgage, the lender could repossess the property and would still be able to sell it at a price that allowed the lender to recover the majority of the loan. While that’s not guaranteed, as witnessed during the 2008 crisis, one can ordinarily expect prices to remain stable or rise.

While both auto loans and mortgages are secured by the underlying asset, the same recovery assumption does not apply to auto loans, because a car is almost always a rapidly depreciating asset. Historically, this hasn’t been an issue because auto loan durations are relatively short and amortize quickly.

That’s no longer the case.

This trend has increased the likelihood that cars are worth less than the amount owed on the loan. The number of “underwater” car loans with negative equity has increased.

Rating agency Moody’s Investors Service summed up the recent auto industry buying trend perfectly: “An accommodative lending environment has allowed car buyers to purchase a new car while simultaneously rolling negative equity from a prior loan balance into a new loan. This is achieved with longer loan terms, higher loan to values, and higher interest rates, which creates a ‘trade-in treadmill’ where car buyers are in a cycle of regularly renewing their loans at increased negative equity at trade-in.”

As lenders increase their mix of longer-term loans, loss severities will undoubtedly rise and so could defaults.
— Standard & Poor's

To make matters worse, used-car prices are falling. The recent surge in leasing vehicles has led to a glut of previously leased vehicles appearing on the used-car market, pushing prices downward and further widening the negative equity gap.

Last week, the National Automotive Dealers Association (NADA) said that its benchmark used-car price index, which tracks the price of used vehicles up to 8 years old, declined 8 percent in February from the previous year. Overall, used-car prices are now at their lowest levels since 2010, according to NADA.

These trends are ultimately bad news for lenders and investors holding auto loan asset-backed securities, whose losses could pile up if more borrowers default and used car prices remain depressed. The value of repossessed vehicles on the used car market could be significantly below the remaining cost of the auto loan.

Some lenders have already felt the sting. Ally Financial, a leading U.S. specialty finance company and one of the biggest auto lenders, provided updated guidance on first quarter performance on March 22, with expected loan loss provisions of between $280 million to $290 million. That would be a 32 percent increase in expected loan losses compared to the same period in 2016.

Ally partially attributed the higher loan losses to “delayed tax refunds and lower credit tier performance” in its guidance presentation, alluding to a new IRS rule that delays refunds to Americans who claim the earned income tax credit generally given to low income households. This delay in tax refund could disproportionately hurt subprime borrowers, who are making an increasing portion of auto purchases.

“We believe losses will trend higher in 2017 with lower recovery rates as a main culprit,” Standard & Poor’s noted in a report. “Further, as lenders increase their mix of longer-term loans, loss severities will undoubtedly rise and so could defaults because the loans are outstanding longer and more exposed to adverse changes in borrower credit.”

The stock market has already reacted. Shares of Ally decreased 9.8 percent during the month of March. Shares of Santander Consumer USA and Capital One Financial, two other leading auto lenders, dropped 9.9 percent and 7.7 percent, respectively, in the same period.

With first quarter earnings season around the corner, investors will soon feel the severity of ongoing issues within the auto loan sector.