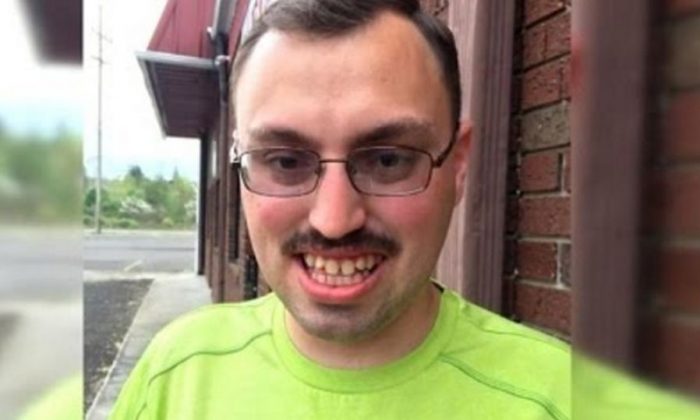 An autistic man who cannot speak used his iPhone to help save a little boy’s life. The 18-month-old boy had fallen into a swimming pool on May 8.

Aaron Cahal, 23, who was diagnosed as autistic when he was 2 years old, helped alert Ohio’s South Point Police about the incident, reported WSAZ-TV.

“He sent me a text that said he heard a scary cry,” Aaron’s father, Steve Cahal, told the station.

Aaron grabbed his phone and started taking photos of the scene, posting the pictures on the South Point Police Department’s Facebook page. An officer saw the photos and was able to get to the scene.

The baby survived and is recovering at a nearby hospital, WHIO-TV reported.

“Never underestimate no matter the ability or the disability of a person,” Cahal’s mother Lorena said, “because you have no idea what they have to say or how they feel or what they have to contribute to society.”

“I’m still having a hard time absorbing all of this,” she added to WSAZ. “It doesn’t surprise me because that’s his lifeline, but it surprised me that he got involved.”

“It shows he’s a problem solver,” South Point Police Chief Chris Majher explained. “He solved that problem immediately. He knew he couldn’t translate that into words to be in a quick enough response that we could use that information. He knew a picture was a thousand words, and he gave it.”

The family of the child who nearly drowned set up a GoFundMe account to help pay for medical expenses.

They say they fully appreciate Aaron’s actions and hope to meet him one day.

All of my friends have been following this tragedy with my grandson Gannon. For those that don’t know, Gannon was a drowning victim that fell into a pool on Mother’s Day. An Autistic neighbor, Aaron Cahal, notified the local police via pictures on his cell phone. This has been all over the local news the past couple of days.

What is unseen here is that his mother, my daughter Tricia has not been able to work. Tricia still has bills coming in and Gannon has a long road of recovery ahead of him. If you don’t already know, Tricia has another child, Kyle. Kyle is 3 yrs old and Autistic. He is in daycare and that needs paid for. We don’t know how long this recovery road is going to be or how long Tricia will not be working. I never in my life thought that I would ever use a fundraiser like this; however, I never foresaw an event like this ever happening to us either. All funds will be used to assist Tricia and Gannon and to make their home more livable. Also, to provide for his treatment and recovery.

Nothing in the world means more than family.