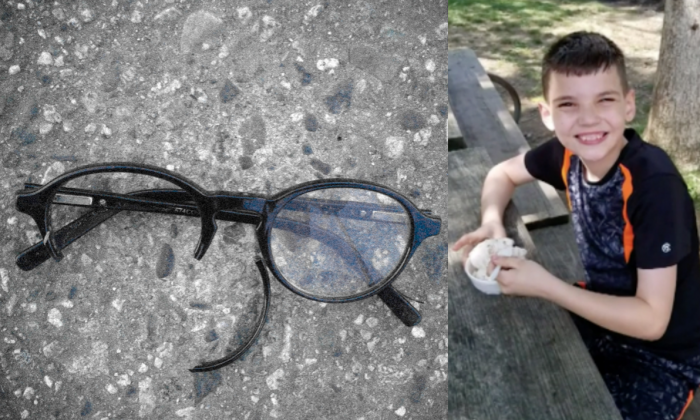 An 11-year-old autistic child was crushed to death by his 400-pound step-grandfather. (Family photo / stock image)
Crime and Incidents

An Ohio man faces charges of reckless homicide in the tragic death of an 11-year-old autistic child, who suffocated to death when the 400-pound man laid on top of him, according to a WKRC report.

A Brown County man is charged with reckless homicide in the death of his stepgrandson at his home. https://t.co/p0QqOotxPE pic.twitter.com/rZWulOyrYn

Martin grabbed the boy with the intent of calming him down after the child reportedly broke out in a fit of temper and struck his grandmother, said investigators, reported WKRC.

“There was some type of altercation between the 11-year-old and his grandmother and the step-grandfather stepped in and restrained the juvenile,” said Brown County Sheriff Gordon Ellis, according to WLWT.

“My understanding was he was actually holding the juvenile down over the couch, the couch arm, restraining him,” said Ellis, according to WKRC. “And it appears that during the act of holding him down over a period of time there was a positional or compression asphyxiation.”

Brown County prosecutor Zach Corbin said to WCPO Cincinnati, “He wasn’t restrained for seconds, this was over a matter of minutes.”

Emergency medical personnel transported the child to a hospital where he was pronounced dead.

Ellis said Martin has been cooperative throughout the investigation and suggests the man likely didn’t mean to harm the child.

“Reckless homicide indicates that there doesn’t appear to be an intent, however the end result of the action is the 11-year-old is deceased,” said Sheriff Ellis, according to WKRC.

“I feel sad. I feel angry. I feel confused. I wish it never would have happened,” the boy’s father, Sam Davis, said to WLWT, adding that his autistic son would sometimes act out.

“He was getting older. Sometimes his anger was getting stronger and sometimes he had to be physically restrained,” said Davis.

Melinda Martin, the boy’s grandmother, and Donald Martin were temporarily parenting the boy, according to WKRC.