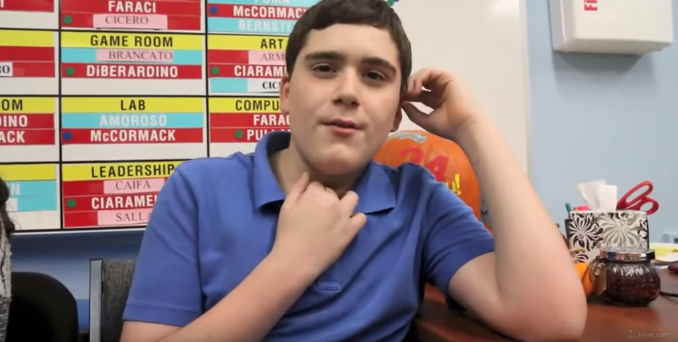 An autistic teen stunned onlookers by rescuing a choking classmate by performing the Heimlich maneuver.

He then shocked them even more when he revealed he learned the Heimlich while watching the popular cartoon Spongebob Squarepants.

A sharp thrust to her diaphragm dislodged the piece of the fruit, reported the Staten Island Advance.

When Brandon was asked how he knew about the maneuver, he responded: “Learned it on Spongebob.”

Anthony, the boy’s father, added: “He picks up on things that most of us would miss, and files it all away in his head, and he can recall it all in an instant. That’s how he knew instantly what to do. And we’re glad he did. We’re proud of him.”

Brandon’s seventh-grade class later had a party to celebrate the impressive save.