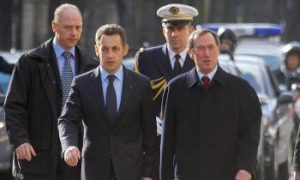 [xtypo_dropcap]A[/xtypo_dropcap]utism in adults can now be diagnosed from a 15-minute MRI scan of the brain, using a computer program to detect small yet significant signs.

People with autism have difficulties with social interaction, varying from mild to very severe. Once diagnosed, sufferers can access help and support to manage their condition.

British scientists studied 40 adults—20 with and 20 without the disorder. Participants were first diagnosed with traditional methods, and then given a brain MRI scan.

According to the Journal of Neuroscience, the researchers detected autism with over 90 percent accuracy. Presently, conventional diagnosis involves an often lengthy and expensive series of assessments based on behavior analysis.

“What the computer can do very quickly is to see that a patient has autism even though their brain, to the naked eye, looks very normal,” said professor Declan Murphy from the Institute of Psychiatry in a BBC News report.

The National Autistic Society has welcomed the findings. “While further testing is still required, any tools which could help identify autism at an earlier stage, have the potential to improve a person’s quality of life by allowing the right support to be put in place as soon as possible,” said the society’s representative, according to the Telegraph.

Professor Paul Matthews at Imperial College's Centre for Clinical Neurosciences, London, pointed out that brain scans cannot yet provide a diagnosis for the condition before adulthood, according to the Telegraph.

"This work now needs to be extended to study affected children, for whom the impact of more certain prognostic information could be much greater," he said.

Meanwhile a study of newborn babies in neo-natal intensive care has shown that subtle developmental anomalies such as muscle tone and response to noise could help with childhood autism detection.

{etRelate 39588}Dr. Max Wiznitzer at University Hospitals Rainbow Babies and Children's Hospital in Cleveland, Ohio, said that children later diagnosed with autism exhibited these differences as newborns, according to the Los Angeles Times.