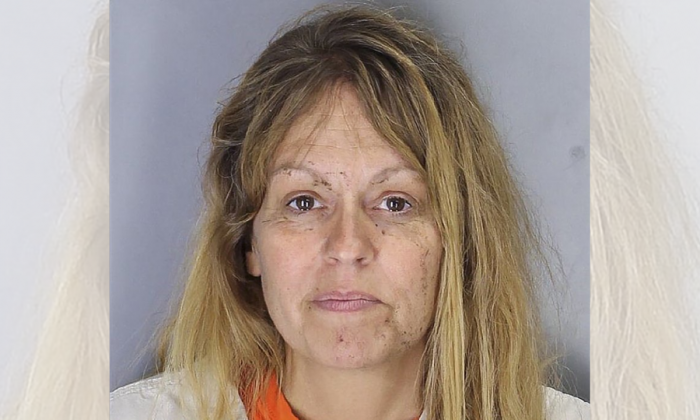 SAN FRANCISCO—A 7-year-old boy lost a fight for his life that began when his mother tried to drown him after she drowned his 12-year-old brother last month in California, authorities said.

Jacob Telnas died on July 7 in a Visalia hospital, eight days after deputies found him and his 12-year-old brother, Jackson Telnas, in a corn field irrigation ditch near their home in Strathmore, the Tulare County Sheriff’s Office said.

A seven-year-old has died after his mother tried to drown him. He had been in critical condition.
Sherri Telnas also tried to drown the boy’s 12-year-old brother in an irrigation ditch. His brother Jackson died immediately following the June 29 incident.https://t.co/PF2DOcyrjR

The death of the boy came after their mother, Sherri Telnas, pleaded not guilty to a murder charge in the drowning of her son Jackson and the attempted drowning of her younger son.

A decade ago, Telnas, 45, was convicted in Montana of trying to drown the eldest son when he was an infant.

Telnas recently told deputies she drowned her children because “they were possessed by demons,” according to court documents obtained by the Visalia Times Delta.

The boys’ father, Jacob Telnas, said last week that the death of his oldest son dredged up memories of the 2008 attempted drowning in Montana’s Clark Fork River.

“The first time it was life-crushing. It was out of the blue, it was the worst experience I’ve ever been through by far,” Jacob Telnas told television station KECI. The couple later divorced and reunited.

In 2009, Sherri Telnas pleaded no contest to two counts of felony criminal endangerment and was sentenced to the custody of Montana mental health officials for trying to drown Jackson when he was a baby. She told investigators then that “bad thoughts or voices” told her to do it.

Jackson lived with his father while his mother was in custody, authorities said.

She spent less than a year at the state psychiatric hospital, said Ellie Brown, who is engaged to the boys’ uncle.

Sherri Telnas got custody of her sons in late 2010 as part of the divorce, court records said. A judge said then that she was doing well in her treatment by a psychiatrist and holding down a job, and that her relationship with her son Jackson appeared to be loving.

She transferred her supervision to California in 2012. Her second son was born that year after she reunited with her ex-husband, Brown said.

Telnas was released from probation in 2014 after her Montana parole officer wrote that a probation officer in California had reported Telnas had completed drug abuse programs, had no violations and continued to attend all her appointments.

Telnas’ discharge from supervision “is in the best interests of the offender and society and will not present unreasonable risk of danger to the victim(s),” Montana parole officer Gloria Soja.

In the current case, Sherri Telnas also faces charges of battery on a peace officer and gassing, which involves throwing bodily fluids or feces at someone, prosecutors say.

If convicted on all charges, she could face the death penalty.