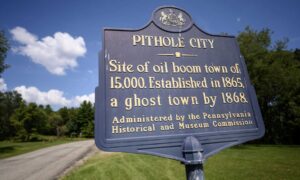 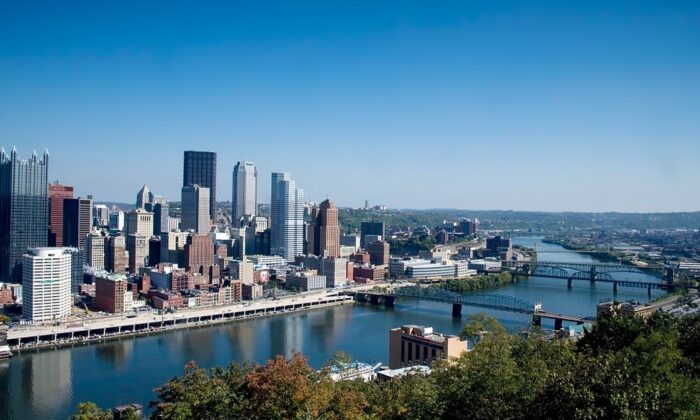 Authenticity Can’t Be Purchased by the Foot

PITTSBURGH—Years ago, there was an urban arcade called The Bank located here within a series of five old buildings that once housed financial offices in the Gilded Age. Connected internally by a savvy developer, 145,000 square feet of abandoned former grandeur was turned into a series of high-end shops, bars, a bookstore located in a former bank vault and a disco simply called The Library.

It was the late 1970s, and discos were everywhere. This one attempted to set itself apart with a little pretense, a proper dress code: jackets, ties, and no jeans for the men; women mostly wore suits during the week; and the high-end fashion came out on the weekend.

The books that lined the place and the more sophisticated music selection were an attempt to imply this was a more intellectual crowd than the one attending the 2001 disco across the river, or the Rusty Scupper and Bahama Mama located in the lower level. Those were places for jeans, shot-and-beer combos, and a blue-collar crowd wanting to dance the night away.

But no matter where you came from, people knew the pretense or lack thereof was just that: pretense. There was no trickery, because no one really thought the books that lined the elegant decor of The Library meant that the people there were any smarter than the people listening to music one floor lower at the Rusty Scupper.

Where you went was who you were, aspired to be, or connected with. You went to these places to perhaps meet someone or hang out with friends, dance, and mostly find a way to escape from your daily grind.

Whether you worked the line at Jones and Laughlin Steel on Second Avenue a couple of miles away or climbed your way up in the white-collar world of Mellon Bank or PPG Industries a couple of blocks away, you knew that when you entered The Library, those books were a prop and meant nothing.

Last week, a Politico Magazine story revealed that some of the intellectuals and experts we see on cable television or speaking at Zoom events have adopted using books as a prop, 2020 style. People are buying books by the foot—not for reading, just to make them look smart.

Even before the pandemic, there has been a service run by Maryland bookseller Wonder Book called Books by the Foot, which provides books for decor in offices, hotels, and movie sets. But since the pandemic began, the service has seen a 20 percent surge in residential orders, presumably to accent the credibility experts are trying to project.

The story says the Wonder Books team rarely knows the real identity of the people whose home office they’ve staged, especially if the customer has some degree of fame or is trying to achieve fame, as they often order under a code name.

Back in the 1970s at The Library disco, when you walked in, you knew the books were a vanity prop. Maybe people had more street sense or common sense, but you knew exactly what the deal was and you were fine with it.

Today, you’d expect an expert to at least own a couple of shelves of books they have actually read. Certainly, these were the same people who poked fun of President Donald Trump after MSNBC’s Chris Hayes tweeted a photo showing Trump had staged his own books in the old State Department library right after he was inaugurated.

And it’s not just Joe Public they are trying to impress; they are also looking for the elusive perfect-10 rating from former President Bill Clinton staffer Claude Taylor’s Room Rater—a Twitter account that screenshots celebrities, politicians, and talking heads on Zoom calls or cable TV interviews and rates their backdrops.

I’ve seen many acquaintances proudly tweet anytime they’ve earned a solid ranking from Room Rating—and, perhaps more importantly, thankfully avoided a snarky ranking sent their way if they somehow failed to provide a good backdrop. I now realize it is just another one of those useless status symbols that people who aren’t famous find perplexing.

There is also something off about having someone rate or judge your home or office on social media.

So why is book staging a thing in Washington? Because people want to be seen, noticed, and admired for their accessories, whether it is carefully curated books or a rented or borrowed piece of art—even if those books are never opened or that piece of art is never studied or admired.

While many people may believe this is just a silly story, others will look at it as just another display of a lack of authenticity from people in Washington who often claim to know more than we do.

I personally prefer to see someone on Zoom or cable news talk about what they know and focus on their words or their stories, rather than judging whether their lighting is just right or they are reading the right books. In fact, the ones who really capture my attention traditionally have imperfect backgrounds or show a child wandering into the room.

At least at that moment, we know that the speakers may be imperfect, but they aren’t pretending to be something they’re not—and that’s a measure of authenticity you cannot buy by the foot.