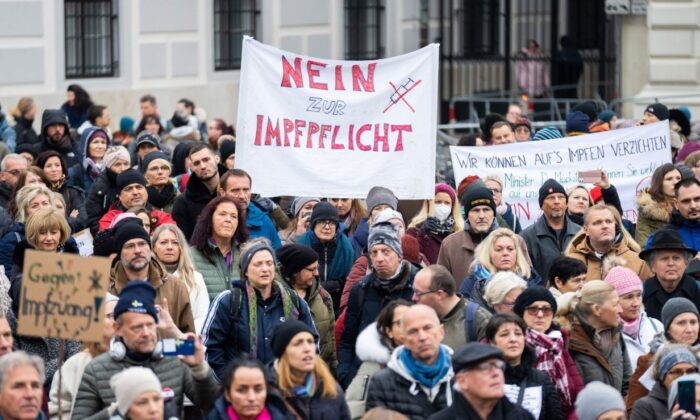 A demonstrator holds a placard reading, "No to compulsory vaccination," during a protest against COVID-19 vaccine lockdowns in Vienna, Austria, on Nov. 14, 2021. (Georg Hockmuth/APA/AFP via Getty Images)
By Jack Phillips