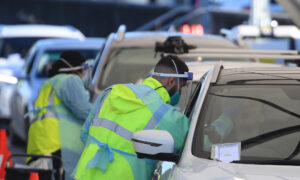 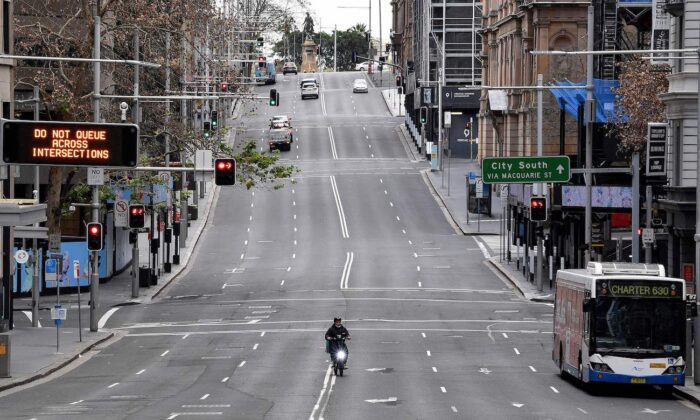 Australia’s peak industry body has warned that states’ trigger-finger CCP virus lockdowns have rapidly delivered big financial blows to businesses and the economy—all without providing an effective long-term solution to eradicating the pandemic.

A spate of lockdowns across the nation have engulfed New South Wales, Queensland, Northern Territory, and Western Australia, with further restrictions imposed in South Australia.

However, the Australian Industry Group (Ai Group) has suggested that the states’ rapid enactment of restrictions could be an overreaction and also economically negligent—particularly given certain states are shutting down after registering single-digit cases.

Willox warned that slapping down lockdowns with few cases instilled unnecessary fear in addition to harming businesses and the economy.

It is a point that the Australian Retailers Association (ARA) also wants to see addressed.  It has renewed calls for a nationally consistent approach to COVID-19 restrictions.

“Currently, lockdowns mean different things to different states. If you’re a fashion retailer in Sydney, you’re still allowed to open under the current stay-at-home orders. However, the current health instructions are to shop for ‘essentials’ only, leaving many retailers open with no customers,” Zhara said.

“We must have national harmonisation on what triggers a lockdown, and what is defined as essential and non-essential retail, and the only way we can achieve that is through agreement at National Cabinet.”

He argues that although state leaders had previously justified restrictions to avoid the spread of the CCP (Chinese Communist Party) virus, commonly known as the novel coronavirus, based on health recommendations, a more effective long-term approach is needed and that the imposition of restrictions needs to consider not just health advice but financial advice, especially given the high likelihood of its continued prevalence globally.

“Business looks to the government for leadership, and this should be based on more than health advice,” he said. “Local eradication may be possible in the short term, but it is an impossible long-term goal when considering that this virus will be present around the world for many years to come.”

He also noted that the real losers in the “kneejerk lockdown contest are the community and the businesses that provide goods, services and jobs.”

In January, following the discovery of one locally-acquired case, Western Australia’s first five-day lockdown cost the hospitality industry an estimated $500 million, with the state copping over $150 million, WAtoday reported.

Treasurer Josh Frydenberg has previously asked state leaders, like those in Victoria, to be more creative when dealing with the management of the pandemic.

“Lockdowns are the bluntest of instruments,” Frydenberg said on June 11. “I think it’s really important that we try to avoid future lockdowns because of the impact it has not just on the economy but on people’s mental health and you’re seeing the statistics very clearly about that.”

The treasurer also noted that it was important in states like Victoria—which has endured the largest amount of days in lockdown in Australia—that the community get about living with this virus, to ensure that the damage to people’s lives and livelihoods is kept to a minimum.