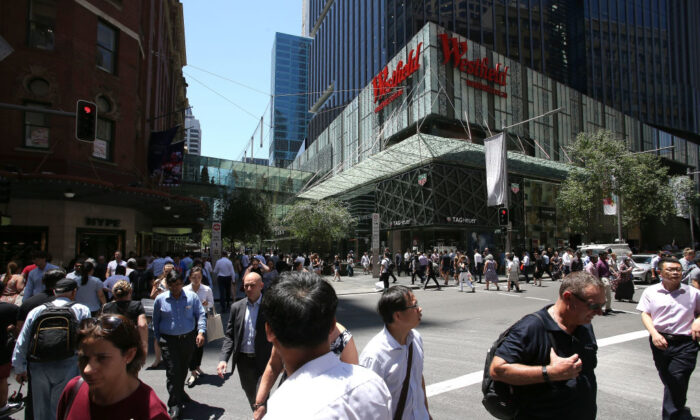 The Reserve Bank of Australia (RBA) has published its quarterly monetary policy statement revealing that Australia has fared much better in the economic downturn caused by the CCP virus pandemic.

“The economy has exceeded all of the upside scenarios that we had described,” RBA Deputy Governor Guy Debelle said on May 6, a day before the RBA released its quarterly statement.

“These are much better labour market outcomes than have occurred in other countries,” Debelle said.

But the RBA wants to see higher wage growth before it starts tightening its monetary policy, noting that while the Australian economy has experienced better employment outcomes than most other countries, wage growth in Australia has been noticeably weaker than the United States and other countries.

Debelle outlined the role of the RBA’s policies in aiding this recovering, noting that the bank delivered lower borrowing costs which supported the flow of credit and boosted cash flows for households and businesses.

“The monetary policy package has worked broadly as expected in supporting the economy,” Debelle said.

He added: “But significant monetary support will be required for quite some time to come.”

Prior to the pandemic, high population growth, mainly through immigration, was a key factor to why the Australian economy exceeded other advanced economies at the time. However, population growth is expected to fall to 0.2 percent in 2021.

Immigration was used to address skill shortages in the labour market, to which international students played a significant part.

With international borders closed, labour supply shortages have been observed in industries that typically employ a larger portion of foreign workers.

The RBA said domestic labour supply could meet the short-term demand however wage pressures could emerge more quickly if the supply remains constrained.

“Particularly and foremost in areas of domestic skills shortages and where substantial time is involved in upskilling domestic workers,” the RBA said in its monetary policy statement.

Despite the frantic calls to reopen borders and allow overseas workers back in, local Australians may be benefitting from the lack of international students, business columnist Robert Gottliebsen wrote in The Australian.

Many businesses previously relied on the abundant supply of international students for cheap labour through cash paid wages, pushing out local Australians in certain industries.

“Now many capital and regional city hotels, restaurants, cafes etc are struggling to find labour because the overseas student supply has substantially reduced the pool,” Gottliebsen said. “They either shut their doors or are finding labour among the young Australians.”taap