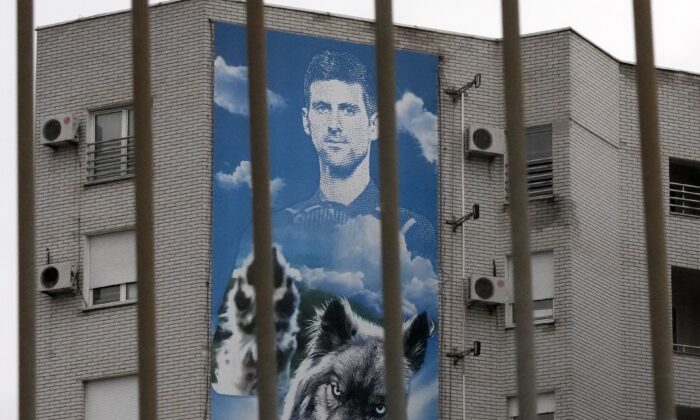 Australia’s Djokovic Postscript: How to Excel at Incompetence

The curtain has finally fallen on the Djokovic charade.

On Monday, Jan. 10, 2022, the Federal Circuit Court in Melbourne, Australia, decided that the revocation of Novak Djokovic’s visa by authorities was “unreasonable.”

The judge found in the tennis star’s favour after finding that Djokovic was promised at 5:20 a.m. on Thursday, Jan. 6, 2022, that he would have until 8:30 a.m. to provide more information to the immigration officers. But the cancellation of his visa occurred on 7:42 a.m., 48 minutes before the deadline.

Although Djokovic has now been released from detention and cleared to participate in the first Grand Slam tennis tournament of the year, the controversy will continue to rage for some time.

The case deals with two issues: first, whether unvaccinated players like Djokovic should be allowed to play at all, and second, how is it possible to be granted a medical exemption in Belgrade, Serbia, and have his exemption revoked at the Australian border upon arrival.

One view suggests that unvaccinated players should be allowed to participate in the tennis tournament as long as they provide a negative PCR test on arrival and quarantine for 14 days in a designated Melbourne hotel.

However, the relentless pressure placed on unvaccinated individuals in Australia has resulted in the development of a two-tier society where unvaccinated people are banned from participation in most daily activities.

In this context, Australian Human Rights Commissioner Lorraine Finlay warned governments to be careful, from a human-rights perspective, of imposing broad vaccine mandates across the country.

While governments can limit some rights to protect public health, these measures, according to Finlay, “always need to be justified, non-discriminatory and proportionate.”

As Finlay correctly points out, “what’s really important is to make sure that mandates are targeted to risk rather than simply imposed in a blanket way.”

Nevertheless, in Australia, the unvaccinated are effectively treated as second-class citizens, who are invariably referred to as “selfish” or “dropkicks” and are encouraged to “grow a brain,” according to the colourful language deployed by Western Australia Premier Mark McGowan.

In a piece on the Djokovic charade published in The Epoch Times earlier this month, I argued that the medical exemption granted was ill-conceived. As the story unfolded, new revelations emerged.

The Australian Prime Minister Scott Morrison, in an interview, stated that Djokovic failed to provide sufficient evidence regarding his eligibility for a medical exemption and that people proposing to enter Australia must obey the entrance rules.

It would be reasonable to expect that an application for a medical exemption is considered before the tennis star left his home, in this case, Belgrade, Serbia. It would be a travesty of justice, if the visa, once granted, was reconsidered at the border of the state of entry—which is what occurred.

The Victorian government, the Commonwealth government, and Tennis Australia are now all trying to shirk responsibility for the embarrassing events of the last couple of days.

Tennis Australia received a letter from the Minister of Health Greg Hunt in November 2021 stating that:

The Australian Border Force has advised that people must be fully vaccinated, as defined by ATAGI (the national advisory body on vaccines) to gain quarantine-free entry into Australia …

In relation to your specific questions, I can confirm that people who contracted COVID-19 within the past six months and seek to enter Australia from overseas, and have not received two doses of a Therapeutic Goods Administration-approved or recognised vaccine are not considered fully vaccinated.

Tennis Australia failed to inform the players that contracting COVID-19 in the six months prior to the Australian Open was not a valid reason for the granting of a medical exemption, even though Djokovic relied on this reason.

At the same time, Djokovic’s claim he contracted the virus are dubious considering the emergence of photos of the Serbian galivanting around Belgrade at the time he was supposed to have contracted the virus on Dec. 16, 2021. Thus, either Djokovic’s claim of contracting the disease (for the second time) was not true, or his behaviour at the time of infection was simply irresponsible.

Hunt’s letter suggests that unvaccinated players could still be able to play in the Open, provided they quarantine for 14 days upon arrival—quarantine-free entry is only available to the fully vaccinated.

Yet, Djokovic’s arrival in Australia late on Wednesday, Jan. 5, 2022, meant he did not have enough time to complete quarantine before the start of the Open.

It was also revealed that unvaccinated Czech player, Renata Voracova, had received a medical exemption on the grounds she contracted the virus within six months prior to the Open, and was allowed into Australia and to play in the tournament in Melbourne.

When the Djokovic matter exploded, however, she was rounded up in a Gestapo-like manner and placed in the same hotel where Djokovic was quarantined. Voracova has since left the country voluntarily.

Sports journalist James Matthey, writing for News.com.au, put it well when he claimed few Australians were feeling overly sympathetic towards an “unvaccinated Novak Djokovic after his attempt to enter the country was blocked,” but that plenty of people have been left “unimpressed with how the whole affair has been handled.”

The uncoordinated sequence of events indicates that the fight against COVID-19 has been poorly managed since March 2020, with the state governments allowed to run the agenda.

It may well turn out to be a dereliction of duty on the part of the federal government.

Certainly, the Commonwealth could have relied on various constitutional grounds to enable it to act for the whole of Australia, thereby imposing a unified approach on the states and territories.

Whilst I usually favour the states maintaining their rights and powers to contain the excesses of any overambitious federal government, the COVID-19 pandemic presented a compelling case for a national response which, spectacularly failed to materialise.

There are enough international instruments that would have provided an opportunity for the federal parliament to adopt laws, grounded in the “external affairs power” in the Constitution, to protect the health of Australians in a pandemic.

Regarding the Djokovic affair, all sides in this messy saga now wish to lessen their own wrongs by blaming others.

The real culprit is the myriad of COVID-19 regulations that few people understand, which has transformed Australia into an illiberal state and the laughing stock of the world.

Politicians, health professionals, the border force, and Tennis Australia have a lot of explaining to do; a mere dismissal of the affair on the grounds that “these are the rules” won’t do in this case.

Unvaccinated players should be allowed to play, provided they complete the quarantine requirements as mandated by the government.

Djokovic should never have been allowed to board the plane in Serbia because, as indicated in Hunt’s letter, he did not qualify for a medical exemption. But now that he is here, he has a legitimate expectation that he be allowed to play.

Whatever the fallout of the case, and regardless of whether he plays or not, the reputation of Djokovic has been diminished, while the organisational abilities of the Australian authorities and Tennis Australia have been irrevocably damaged.