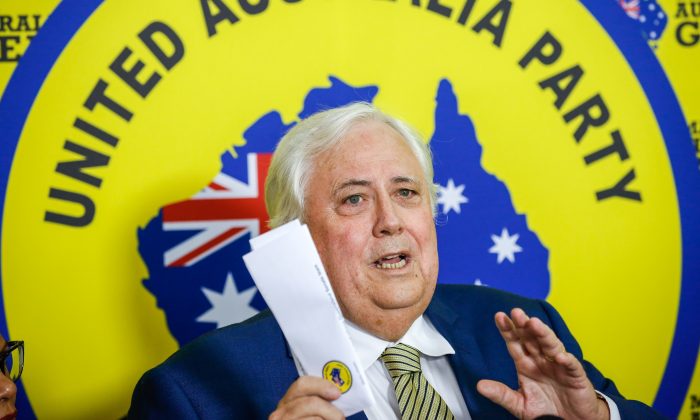 Political tragics across Australia can breathe a collective sigh of relief.

Clive Palmer’s attempt to delay the publication of results on federal election night has been shot down by the High Court.

This means people will not have to wait until 9:30 p.m. AEST to track progress on polling day.

Palmer wanted detailed data kept quiet until all polling booths had closed, lest last-minute voters in far-flung locations be swayed by early results.

He was worried West Australians who waited until the last two hours of election day to cast their ballots could be influenced by predictions from the other side of the country.

But the full bench of the High Court has ruled the Australian Electoral Commission does not need to wait for stragglers in WA before broadcasting figures for east coast seats.

The seven judges took less than five minutes to reach their verdict on Tuesday morning.

“The court is unanimous in its view that the application should be dismissed,” Chief Justice Susan Kiefel said.

But his lawyers took aim at the AEC’s two-candidate preferred (TCP) counting practice, which has taken place since 1992.

This is where the two probable front-runners in each electorate are tracked on election night to give an early indication of the likely result.

The candidates are almost always from the Liberal and National or Labor parties.

Palmer, who is running a field of federal election candidates under the United Australia Party banner, argued the process disadvantaged his minor party.

His lawyers claimed the practice gave the major parties a false air of authority and could misinform voters about the true state of the count.

They were concerned undecided voters could be swept onto the “bandwagon” of the side most likely to win.

David Jackson QC said the AEC was entitled to conduct its TCP count, but did not have the power to publish the results while some people were still voting.

However, several judges pulled him up on this point, questioning the purpose of calculating early predictions if the results were not made public.

Solicitor-General Stephen Donaghue argued it was impossible to prove last-minute voters in WA could be influenced by the counts.

Donaghue said the “bandwagon” theory also carried with it the “unattractive conclusion” that TCP counts had tainted past elections.

He said the AEC was apolitical and obliged to give the public early indications of election results.