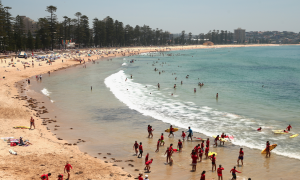 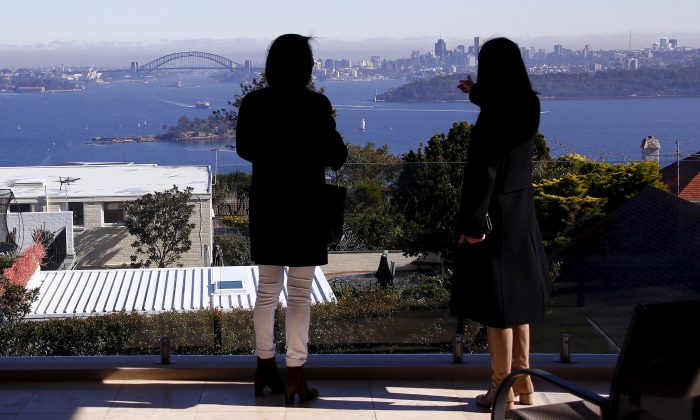 The Sydney Opera House and Harbour Bridge can be seen behind real estate agent and a potential buyer from Shanghai, during an inspection of a property for sale in the Sydney suburb of Vaucluse, Australia, July 11, 2015. (Reuters/David Gray/File Photo)
Australia

An overwhelming majority of Australians think the land ‘Down Under’ does not need a bigger population, a new study from the nation’s research university has found.

In the strongest indication yet, 70 percent of people surveyed in an Australian National University (ANU) study believe that Australia should not increase its population. The greatest concerns with a bigger population included overcrowded cities, unaffordable housing, and traffic gridlock.

The survey results also revealed concerns about a shortage of skilled workers. To address this shortfall, 90 percent of respondents said the nation should offer incentives to support for training Australians “rather than importing skilled people from overseas.”

ANU Associate Director of the Centre for Social Research and Methods Nicholas Biddle said two-thirds of Australians who believe the country has enough residents are influenced by the lived experience of overcrowding.

“Australians are more likely to support population growth if it increases our skills base, mitigates the impacts of an ageing population, and increase[s] our economic prosperity,” Biddle told the Sydney Morning Herald. “They do not want population growth to cause crowding, affordability or job security issues nor at the expense of our natural environment.”

In the past 12 months, 61 percent of Australia’s population growth of 390,500 was due to overseas migration. The study also showed that major cities have been absorbing most of the nation’s 2.5 million population increase since the year 2010.

In contrast, a similar poll from back in 2010 found that 45 percent of Australians at that time supported increasing the population.

The 15 percent shift in public sentiment was traced to an equivalent drop in support from the male demographic, which mostly supported a bigger population in the 2010 poll but from which support now sits at only 38.4 percent. In comparison, 38.5 percent of females supported a growing population in 2010 but only 28.2 percent support it now.

Australia’s centre-right Coalition government is planning to reduce the nation’s immigration intake by 15.8 percent to 160,000 for the 2019-20 financial year as part of the federal budget to be handed down in April.

As the nation inches toward a potential federal election in May, the Liberal-National Coalition government and the left-leaning Australian Labor Party opposition are considering different policies on population growth.

A Fairfax-Ipsos poll conducted in October 2018 showed a very different view on migration, with 52 percent supporting an increase in or at least a stagnant intake of migrants.

While the ANU survey shows growing negativity towards migration, the results showed that the change in sentiment was not motivated by cultural issues.

Biddle said that the survey identified almost double the support for immigration to further Australia’s multiculturalism over those who believe the country is already too multicultural.

That’s because Australians have several serious concerns about the problems associated with a growing population, according to Biddle.