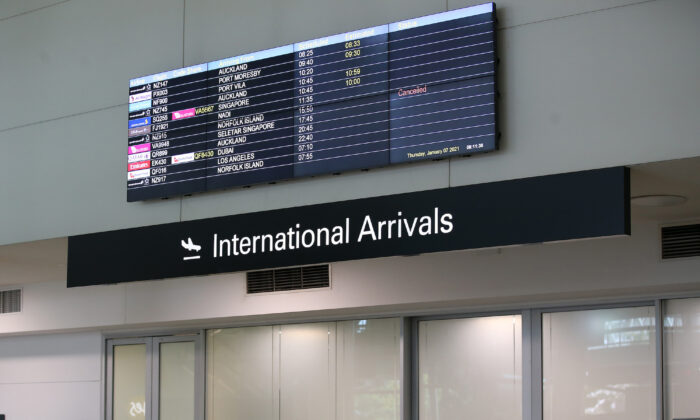 The Australian state of Queensland has outlined a plan to welcome fully vaccinated international students for the first semester next year, with priority given to medical students.

The plan would see up to 250 international students allowed to fly into Queensland initially each week, according to state Tourism Minister Stirling Hinchliffe.

The students would quarantine at the state-sponsored Wellcamp facility near Toowoomba, which is still under construction. The state government will rent that facility from billionaire businessman John Wagner, whose company is constructing it.

Hinchcliff said the federal government needs to approve the plan, with the state also asking that international flights be permitted to land at the adjacent Wellcamp Airport.

This has previously been a point of contention, with the federal government opting instead to construct a quarantine facility on Commonwealth land close to the Brisbane airport.

“I’m pleased to announce today that we’ve taken the next most important step in welcoming international students back to Queensland,” Hinchliffe told Queensland Parliament on Tuesday.

“Our Queensland student arrival plan has been sent to the federal government for approval. This will see the return of international students to study in Queensland in 2022.”

The minister said initially 250 students would arrive per week, but that would be scaled up as time went on.

Students studying medical research and allied health degrees will be prioritised, he said, so they can potentially back up the state’s health system after it reopens the borders.

Hinchliffe said if the federal government does not approve international flights landing at Wellcamp, students will be bussed there from Brisbane Airport.

Only fully vaccinated students will be allowed to enter Queensland from overseas under the plan.

“This is important for us to do until we have higher vaccination rates amongst Queenslanders,” Hinchliffe said.

“We don’t know if and when mutation number five will arrive, but our best defence is vaccination.

“That’s why we’re urging all Queenslanders to get double-vaxxed for themselves, for their family and their communities.”

Hinchliffe said there were more than 20,000 international university students currently enrolled in Queensland, who have been undertaking online education in their 160 home countries.

He said the sector delivered $5.8 billion to the economy and supported 27,500 jobs annually.