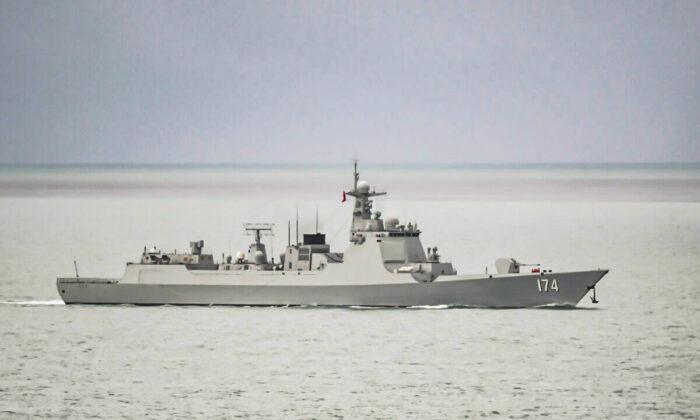 In the lead up to the May election, candidates from Australia’s minor political parties have warned the nation that the Chinese Communist Party (CCP) poses a serious threat to Australia in its mission to become the world’s dominant super power.

Speaking at a Q & A event in Queensland hosted by Paul Murray of Sky News, United Australia Party leader Clive Palmer, One Nation leader Senator Pauline Hanson, Liberal Democrats candidate Campbell Newman, and Katter’s Australian Party MP Bob Katter, responded to questions from the public, one of which focused on the CCP’s belligerence towards Australia.

Hanson said Beijing wants to be the world’s leading power and Australia should take this seriously.

“Our governments, whether it’s Liberal or Labor over the years have allowed them to get too much ownership of our land, our agricultural land, ownership of our assets. That needs to stop,” she said.

“We’ve seen what’s happening in the Solomon Islands. This is their moving their power throughout, and we need to build up our defences because we are going to have to be in a position, we can’t defend them by ourselves.

“We need our allies to actually fight with us and protect our homeland because I have assurance today further down the track they have got their eyes on Australia, for the resources and land that we have,” she said.

Hanson added that Australia needs to be strong on this issue and stop “kowtowing to them and whatever they want,” referring to Beijing.

Newman said he doesn’t buy the notion put out by some politicians that the Australian government has created this tension between the two nations.

“It has occurred because we’ve reached a position where a Chinese Communist Party regime is actually on the march in terms of what they did in Hong Kong, what they’ve done in the South China Sea, what they’ve done with the Uyghurs,” he said.

“And I do think it’s important that we make our views known and we stand up for our Australian values, our democratic values, so everything I think that we’ve done on that score has been correct.”

Newman added that in response to Australia standing up to the CCP on certain issues, the communist regime has retaliated, which he said has been tough on Australian rural exporters.

Beijing imposed tariffs or bans on Australian exports including beef, barley, wine, coal, cotton, lobster, and timber after Australia’s foreign minister called for an inquiry into the origins of COVID-19.

“Where do I see it going? Well, it’s like this. It’s time for Australia to actually really bolster its defence forces and have a degree of self reliance, that sadly, after almost nine years of a coalition government, we don’t have.”

He went on to say that there’s been a lot of talk about missiles, frigates, and submarines, but there hasn’t been the delivery.

Meanwhile, Greens senator Jordan Steele-John told The Australian on Monday that the Greens don’t believe China poses a threat to Australia, and that they take no issue with the Solomon Islands’ decision to forge a security partnership with the CCP.

“I don’t see China as a military threat to Australia,” he said, adding that both Labor and Liberal were “happy to see Australia treated as an American aircraft carrier,” thus stoking tensions with Beijing.

“The Greens absolutely oppose this. We must have an independent foreign and defence policy, which allows us to work with our neighbours to de-escalate,” he said.

The senator also said Australia needed to remain silent on the recent Beijing-Solomon Islands security pact, which could open the door for potential militarisation in the South Pacific region and extend the reach of China’s People’s Liberation Army to within 1,700 kilometres of the Australian coast.

However, defence director at the Australian Strategic Policy Institute, Michael Shoebridge, said the senator appeared to have little understanding of the nature of autocratic regimes.

“He is out of step with the reality that aggression is present in our world, as we see daily with Putin’s horrific mass killings in Ukraine. In this world, Australia needs to invest in our own security and work with allies and partners we trust,” he told The Epoch Times.

Similarly, student-activist Drew Pavlou, now running for Senate, responded to senator Steele-John saying that a “totalitarian, genocidal dictatorship” which puts ethnic minorities in concentration camps and leverages economic pressure against Australia is “probably a state we should regard as an active threat to our democracy.”

“We should not put our heads in the sands about that fact by pretending we can just sing kumbaya around a camp fire with Xi Jinping?” he wrote on Twitter.