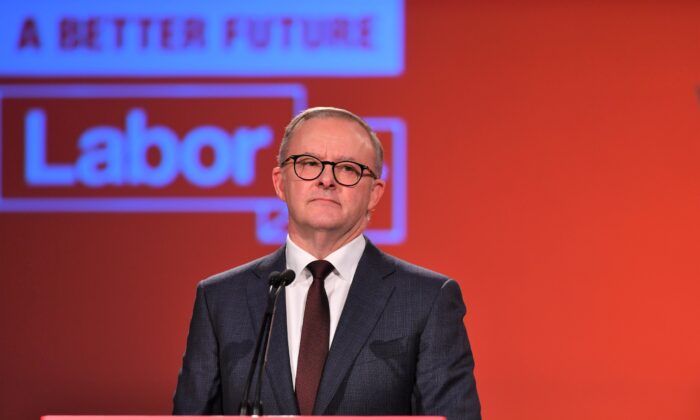 Labor Party Leader Anthony Albanese announced on Dec. 5 that Australians studying in an industry with a skills shortage will be supported through free TAFE under its $1.2 billion (US$840 million) tertiary education funding election promise.

The plan intends to provide 465,000 free TAFE places and improve IT facilities, workshops, and laboratories under its $50 million (US$35 million) TAFE Technology Fund.

Albanese also said Labor would ensure that at least 70 percent of Commonwealth vocational education funding will be for TAFE.

Priority for the places will be given to Indigenous Australians and people who live in regional, remote, and outer-suburban areas.

“This is the policy that will fix it,” Marles told 4BC radio. “Any person studying a course in an area of skills shortage will be able to do that for free.”

Employment Minister Stuart Robert said Labor’s plan would only fund a limited number of university undergraduate places for two years when most degrees run for three.

Robert also argued that Labor would cut VET and TAFE funding, while the Morrison government was investing “record” amounts to skill Australians.

“Under the Morrison Government, university places are uncapped, and more Australians are studying than ever before—in fact, just this year there’s been a 5 percent increase from last year,” Robert said. “The Morrison Government is already delivering $2b into VET skills through JobTrainer—and it’s working.”

“So what Anthony Albanese has announced today is actually less money than what the government is investing so Australians have a right to ask why Labor is cutting funding at a time we need skills the most.”

“Further funding is always appreciated, however if its purpose is to secure the recovery of the higher education sector and improve conditions for staff and students, it must match the scale of the destruction,” NTEU President Alison Barnes said.

She recommended that both the federal government and the opposition look to the Australian Institute’s report which recommended a $3.75 billion (US$2.63 billion) support package to enable universities to recover lost jobs.

Universities Australia also welcomed the focus on skills and participation in Labor’s announcement.

“A strong and vibrant tertiary sector—university and vocational education—is fundamental to Australia’s recovery,” Universities Australia Chair John Dewar said. “When Government invests in our universities, it invests in the future prosperity of us all.”

“We look forward to when further details on this policy are made available.”