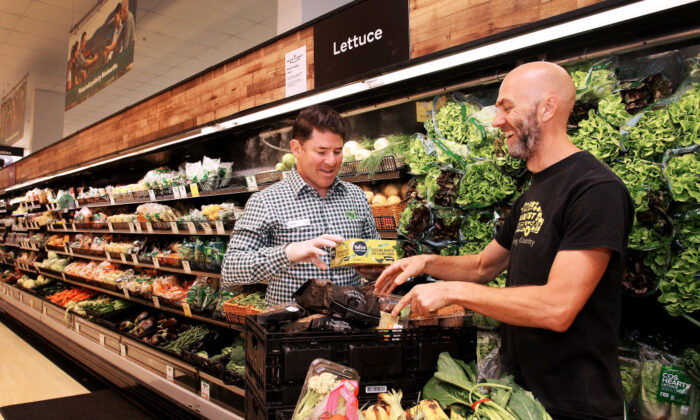 Ronni Kahn, the founder and CEO of OzHarvest—a non-profit organisation that collects extra food and delivers it to people in need—said that her organisation has had to buy food for the first time instead of relying on donations since COVID-19 broke out.

She said that was due to a shortage of surplus food on supermarket shelves caused by disruptions in supply chains and an additional million people having problems with food security.

“We’re already feeling the impact between the cost of living, COVID, and now another natural disaster means there will be more and more people needing food,” she told the National Press Club on March 9.

“There is absolutely a place for a (government) food security committee so that during disasters like this, we can get food out … there is room for better preparation on every level.”

However, Kahn mentioned that Australian households were throwing away $3,000 (US$2,195) worth of unconsumed food every year.

She also emphasised that six million people in Australia, a country with abundant food production, experienced food insecurity at some point in the year.

“If we are fighting to stop waste, on the one hand, we need to elevate and educate and minimise the number of people that need food too,” Kahn said.

She said Australian households could avoid wasting food by only purchasing what they need and not buying things on impulse.

“We’ve stopped valuing food, we’re a convenience society, we want quick food, and we have stopped really understanding where food comes from,” she said.

“If we use (the food we buy) up, number one it will cost us less and number two, we will save an enormous amount of food from going to waste.”

A report (pdf) from Food Innovation Australia Limited, which was commissioned by the federal government to develop a roadmap for reducing the country’s food waste, revealed that Australians wasted 7.6 million tonnes (8.37 million tons), or 312 kilograms (688 pounds) per person, of food every year.

When putting the figures together, food waste from households and industry activities cost the Australian economy a staggering amount of $36.6 billion.