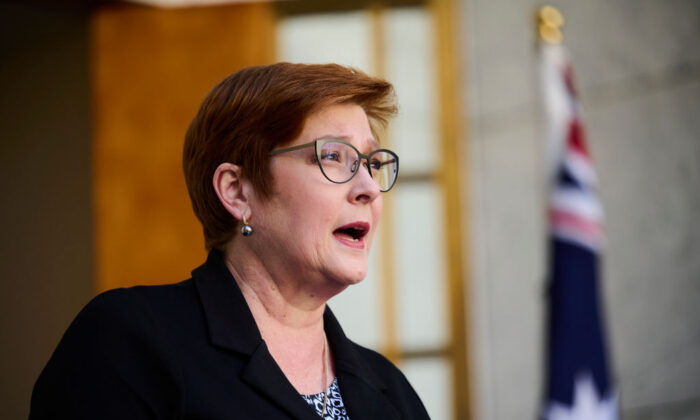 One Australian was detained in Hong Kong under the new national security laws there, a Senate committee has been told.

It is believed the person was released after a few days but further information was being sought, a foreign affairs official told an estimates hearing on Oct.28.

It is currently unknown whether the Australian consulate in Hong Kong was notified.

Under the law, some cases can be tried in mainland China and Beijing has power over how the law is interpreted, raising concerns about Hong Kong’s independence and freedoms.

Hayhurst said China was dismissive of Australia’s concerns over the law when they were raised.

“In their view this is not a matter in which we have any standing,” he said.

Foreign Minister Marise Payne said she had not spoken to her Chinese counterpart since the early stages of the pandemic—about 18 months ago—as relations with China continue to deteriorate.

Payne said she had not directly farewelled Chinese ambassador Cheng Jingye, who is preparing to depart Australia as his term ends.

Payne said her office spoke to the ambassador last week, as had Hayhurst.

Jingye has been China’s ambassador to Australia since 2016.