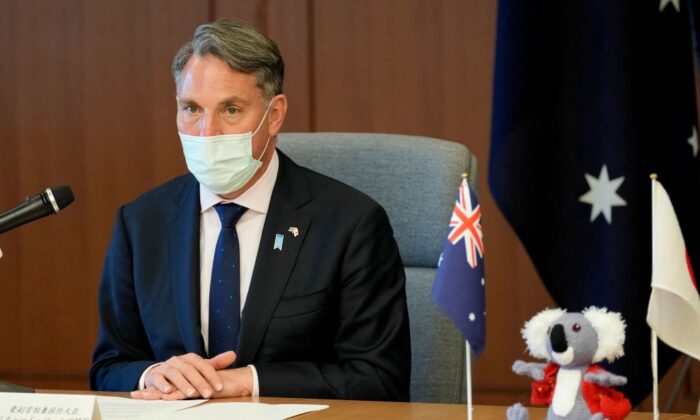 Australia’s Defence Minister and Acting Prime Minister Richard Marles has called for a “return to normal peaceful behaviour” in the Taiwan Strait amid growing tensions in the region following China carrying out several military drills and a diplomatic visit by U.S. House Speaker to Taiwan.

Marles said the Labor government wants to maintain its “one China policy” on Taiwan, which has been the “status quo” in Australian policy and U.S. policy since 1972.

Under Australia’s current policy, it recognises Taiwan as a province of China and not as an independent country. However, the policy allows Australia to maintain trade, education, and diplomatic ties with Taiwan.

“There are going to be challenges in the relationship with China and we were saying that before the election,” Marles told Sky News on Sunday.

Marles added that the global community “would breathe a sigh of relief” if the tension in the Taiwan Strait is eased, saying the broader region is critical to Australia’s national interest.

“And obviously, from Australia’s point of view, we’ve been calling for a de-escalation.”

The comment, again, puts Labor in contrast to the former centre-right Morrison government, which was clear to identify Beijing as the aggressor ratcheting up military pressure against the self-ruled island.

Don’t Repeat the Mistake With Russia

Meanwhile, conservative opposition leader Peter Dutton has urged the world not to make the same mistakes with China as they did with Russia.

“There’s no sense in a couple of months or a couple of years time saying Chinese have gone into Taiwan, we didn’t see this coming,” he told Nine on Friday.

“We’re right in shining a huge spotlight on the behaviour, calling it out … if we do that, that gives us the best chance of keeping peace in our region.

“There’d be a lot of people saying, if only we put more pressure on Putin not to go into the Ukraine … we wouldn’t have the bloody scenes that we see now.”

It comes as China said it had finished its the military drills in the Taiwan Strait.

Meanwhile, speaking at the National Press Club earlier this week, China’s ambassador to Australia Xiao Qian issued warnings to Australia on its position on Taiwan, saying China is willing to use all necessary means for the “reunification.”

Meanwhile, Energy Minister Chris Bowen has called on the United States and China to restart talks on climate change, after China said it was suspending cooperation efforts.

He said it was critical both countries come to the table to reduce emissions.

“Those talks have been suspended in all the tensions between China and the United States,” Bowen told the ABC’s Insiders program, again without identifying China as the aggressor.