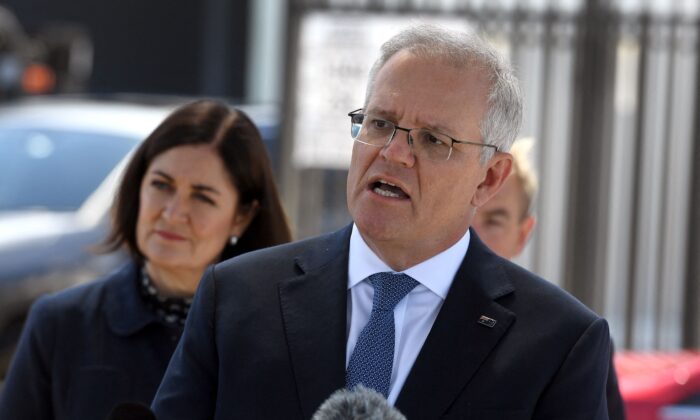 Australia has again extended COVID-19 biosecurity measures governing controls around who can enter and leave the country.

The measures under the Biosecurity Act, in place since March 2020, will extend until Feb. 17.

They allow the continuation of mandatory COVID-19 testing for people wanting to fly into Australia as well as protective mask-wearing on international flights.

Prime Minister Scott Morrison aims to allow international students and other visa holders back into Australia this year.

A two-week delay to the reopening is due to end on Dec. 15, but no final decision has yet been made.

He urged premiers and chief ministers not to shut their borders as Omicron cases continued to rise.

Morrison cited as positive signs South Australia’s decision to tighten border controls for some interstate arrivals instead of shutting them out altogether, and Queensland’s move to reopen to people from hotspot areas on Monday.

“The severity of this (Omicron) virus is so far not presenting to be worse than what happened with Delta,” the prime minister said.

Leaders agreed to continue considering international border settings consistent with a suppression strategy and as more evidence emerged about Omicron’s severity, transmissibility and the efficacy of vaccines against it.

Infections are on the rise in New South Wales. The state reported 516 new cases on Friday, its highest daily caseload in two months.

The ACT detected six additional cases and the Northern Territory four, while there were six locally acquired cases in Queensland.

More than two million children aged between five and 11 will be eligible for Pfizer shots from Jan. 10.

Jabs will be spaced eight weeks apart for under-12s and bookings will open in late December.