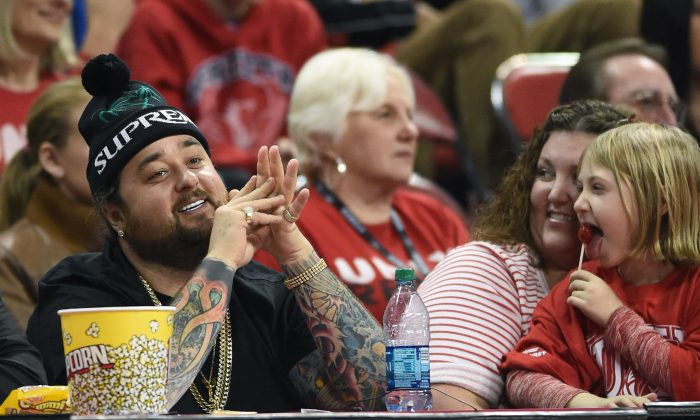 Austin “Chumlee” Russell, the TV personality who appears on “Pawn Stars,” was arrested in Las Vegas and faces drug and weapon charges.

Police raided his home and found methamphetamine, marijuana, and at least one gun.

Police raided his home and found methamphetamine, marijuana, and at least one gun. They were serving a search warrant in a sexual assault investigation, the Las Vegas Sun reported.

However, Russell had not been charged in the sexual assault case, a spokesperson for the Las Vegas Police Department said. That part of the investigation had come from a complaint by a woman, and the investigation is ongoing.

Russell faces 19 drug possession charges and one count of possession of a gun by a prohibited person.

Russell’s “Pawn Stars” co-star Rick Harrison told FOX News that his cast mates are trying to figure out what happened.

“We don’t have details yet but we are here to help Chumlee any way we can,” Harrison said in a statement.

He has starred on the popular History Channel show since 2009, when it was launched, and has become a fan-favorite. He also has his own clothing line.

“People can relate to me, and they root for me because on the show I am the dumb guy, the one who is a little rougher around the edges,” he told the Las Vegas Sun in 2014. “When people come in the store, they want to give me a hug and say hi. They want to see the Old Man sitting in his chair, they want to talk to Rick about whatever item they have. They interact with us differently … But me, I’m the guy they want to hug.”