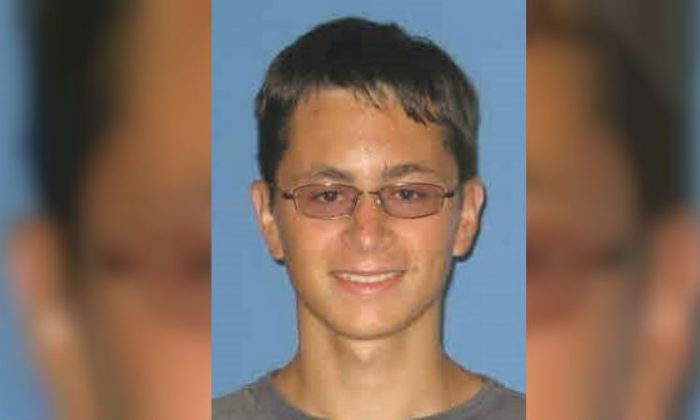 Police said they have made a significant discovery in their investigations into the Austin bombing suspect Mark Anthony Conditt in a press conference on Wednesday, March 21.

In the investigation update, Austin Police Chief Brian Manley said Conditt had made a 25-minute recording on his cell phone — which has been classified as a “confession.” In the recording, the bombing suspect describes how the bombs were constructed and the differences between the bombs.

Conditt, 23, has been identified by authorities as the suspect who is responsible for making six explosive devices — five of which detonated — killing two people and injuring five others over a period of three weeks this month in Austin and surrounding areas.

Police said earlier that the 23-year-old killed himself by detonating a bomb after law enforcement confronted him at around 3 a.m. on Wednesday, March 21.

Authorities were able to track Conditt down by investigating cell phone technology, security video, and store receipts. Law enforcement located Conditt in Round Rock, right before he began driving on Interstate 35, reported CBS.

“Instead, it was the outcry of a very challenged young man, talking about challenges in his personal life which led him to this point,” Manley said.

However, police added the recording did not clarify a motive for the package bombings.

“We’re never going to put a ration behind these acts,” Manley said.

Authorities also revealed the suspect had identified seven explosive devices — five of which detonated, one which was found unexploded at a FedEx facility and another which he detonated in his vehicle. In the recording, Manley confirmed all seven devices have been identified. However, authorities are still urging residents to continue to remain vigilant.

APD is asking the public to remain vigilant and report anything suspicious. If you come across ANYTHING that looks suspicious, DO NOT touch, handle or disturb it. Keep a safe distance and call 9-1-1 immediately. pic.twitter.com/C9OcG7Wx8g

Police said the investigation is still ongoing. Earlier today, two of Conditt’s roommates were detained and questioned by authorities.

“One roommate was detained, questioned and released. The other is currently being questioned. Their names will not be released because they are not under arrest at this time,” police said.

Investigators have detained two roommates of the Austin bombing suspect. One roommate was detained, questioned and released. The other is currently being questioned. Their names will not be released because they are not under arrest at this time. APD PIO

At the time of the bombings, Conditt was living with a couple of roommates in Pflugerville, a suburb of Austin.

Conditt attended Austin Community College from 2010 to 2012 but did not graduate, school spokeswoman Jessica Vess said in an email.

Neighbors said the Conditt family, who live in a neat white house with a blue picket fence around the front porch, was quiet.

“They are a really nice, calm family,” said retiree Jeff Reeb, who lives next door. “They have always been extremely nice.”

Reuters contributed to the report