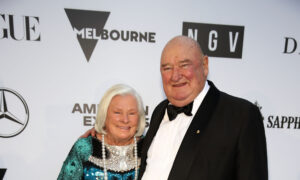 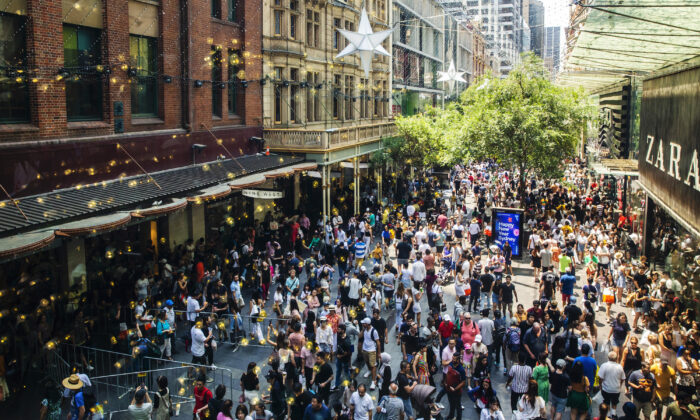 Shoppers are seen in the Pitt Street Mall during the Boxing Day sales in Sydney, Australia on Dec. 26, 2019. (Jenny Evans/Getty Images)
Australia

Aussies Unsure How Much Super They Get

Many Australians are not aware how much superannuation their employer pays them and only one-third think they will have enough savings for a comfortable retirement.

The findings are included in an Australia-wide poll conducted by Fifty Acres x Pollinate.

A total of 1003 Australians, aged 18 years and up, was surveyed in December for their views on superannuation as the federal government prepares to deal with new super laws in 2021.

Only one in three of those surveyed believed they will have enough super for a comfortable retirement.

But only half of those polled – 56 per cent – knew the rate of super paid by their employer.

And about 70 percent said they believe that mandatory minimum employer super contributions should be increased from the current 9.5 percent to 12 percent.

The survey found the sentiment that mandatory minimum employer super contributions should be increased to 12 percent is relatively consistent by age and slightly lower among those reaching retirement.

The superannuation guarantee is legislated to increase to 10 percent in July 2021 with further increases, to 12 percent, by 2025.

However, there have been rumblings that the government may now be reconsidering that plan, especially with the economy so hard hit by the coronavirus pandemic.

Two in five of those surveyed believe it should be possible to dive into their super funds for a first home deposit.

Younger people are more likely to want to use super funds for a first home deposit but are also happy to forego an increase in employer super contributions in return for a pay rise.