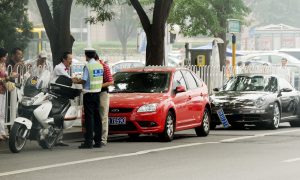 Police Chief Sacked, Wife Bragged About Being a Frequent Traffic Violator Without Consequence
0 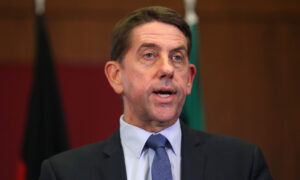 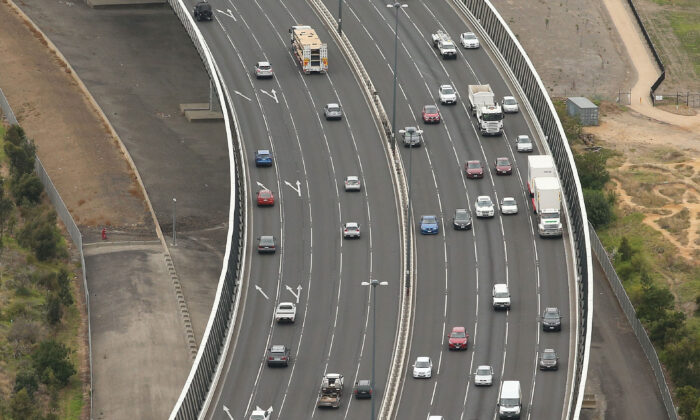 An aerial general view of the West Gate Bridge and the West Gate Freeway in Melbourne, Australiaon on Feb. 24, 2017. (Scott Barbour/Getty Images)
Australia

Traffic cameras that detect if drivers are using their mobile phones or wearing a seat-belt are being trialed in Queensland this week.

The trial follows the introduction of a $1,000 (US$710) fine for distracted driving in February which has raked in more than $2.3 million in fines for the Queensland government.

The trial of the mobile phone and seat-belt detection camera will run until the end of the year.

The cameras can monitor vehicles across multi-traffic lanes.

The trial was postponed in April because of the COVID-19 outbreak and it follows a successful roll-out in New South Wales where just a handful of cameras snapped 21,000 drivers using handheld devices in two months.

The high-tech cameras can be installed on overpasses and bridges or on roadside trailers.

Transport and Main Roads Minister Mark Bailey said using a mobile phone behind the wheel was as dangerous as drunk and drug driving.

He said Queensland drivers snapped during the six-month trial will not know they have been caught as not fines or warning will be issued.

“Initially, we are simply evaluating the camera’s effectiveness,” he said.

Victoria also announced on July 26 it was introducing similar technology.

Victoria safety cameras will start operating under trial next July 29 and will extend its patrolling for three months in which no infringements will be issued.The trial will look to ensure the technology can be implemented accurately to operate from any location, 24 hours a day.

“We know distracted drivers can have devastating outcomes on our roads,” Police Minister Lisa Neville said.

“This technology is another step towards targeting this kind of unacceptable behaviour and keeping all road users safe.”

The cameras allow high-resolution images to be captured in all conditions, and for those images to be reviewed in real-time to detect potential offenses.

In 2017-18, more than 30,000 motorists were issued with fines for using a mobile phone while driving in Victoria.

The government said pilot and number plate matching will not be undertaken during the trial and all but a limited number of de-identified photographs captured will be deleted.

More than $120 (US$85.2) million dollars in this year’s state budget were destined to increase mobile camera enforcement by 75 percent over the coming years.

By Darren Cartwright and Ulises Izquierdo