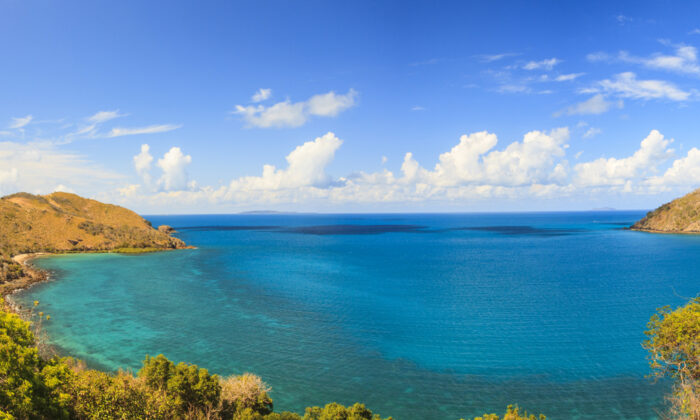 Residents of Keswick Island, an island off the northeast coast of Queensland, have expressed opposition and concerns over restrictive access and mismanagement by a Chinese developer, claiming a breach in the terms of the lease.

A petition to call on the Queensland government to rescind China Bloom’s leasehold, as well as a protest that occurred on Jan. 26, are among some avenues residents have taken to express their concerns over a growing list of restricted access and activities enforced by the Chinese developer.

China Bloom, a Hong-Kong based company that was registered in 2018, took over the head lease of Keswick Island in March 2019. The company purchased a 99-year lease on 20 percent of the island, while the remaining 80 percent is owned by the Queensland government.

Among the residents’ concerns are a closed-off airstrip and helipad, blocked roads to the National Park, and works along the shoreline.

Rayna Asbury, a resident and member of the Keswick Island Progress Association, told ABC News that the current relationship with China Bloom was unworkable.

“They [China Bloom] maintain the airstrip is open, but they haven’t allowed anyone to fly in. Even people who are qualified commercial pilots have applied to fly in and have been turned down,” Ashbury said.

“You wonder what is the endgame here?

“Why would a foreign entity owning a place like this in our Queensland be stopping visitors … and our government, our people we are voting for are not doing anything about it,” Ashbury added.

Julie Willis, a local resident told A Current Affair, that China Bloom gave her three days to vacate from her home as the Chinese developer had “an issue with people renting on the island,” adding that the company only wants to use it to attract Chinese tourism.

Property prices and tourist numbers have plummeted in recent years, with additional “Keep Out” signs warding off visitors to the island.

“We had quite a bit of tourism, this would be 10 years ago,” Real estate agent and resident Karen Cooke told ABC news.

“That’s all sort of disappeared,” she said.

In a statement, Resources Minister Scott Stewart said that the issues raised by “a small number of subleases”—local residents—“do not fall under the terms of the lease and are a commercial matter between them and the head lessee.”

“Both parties have legal rights to undertake mediation or arbitration under the Land Act 1994 but, to date, these have not been exercised,” he said.

In response to residents’ concerns, Queensland-based member of Parliament, George Christensen, said that Queenslanders “should not be blocked from free, safe and fair access to their own island!”

“Keswick Island is part of Queensland and Australia, not Communist China.

“The Palaszczuk Government must support Queenslanders over the Chinese!” Christensen said.

An online petition titled “Reclaim Keswick,” which is calling on the Federal government to rescind the current leasehold, currently has close to 19,000 signatures.