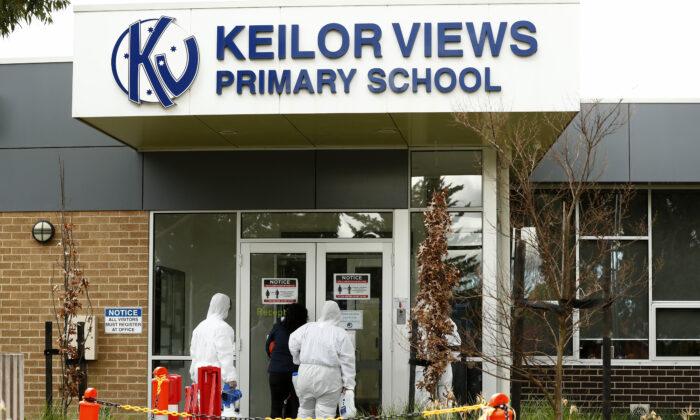 Prime Minister Scott Morrison has supported the Victorian government’s strict lockdown measures on Melbourne suburbs to combat outbreaks of the CCP virus and suggested penalties for those who refuse to be tested.

In an interview on Seven’s Sunrise program on July 1, Morrison praised the Victorian government for its decision to lockdown certain Melbourne suburbs.

“I want to commend the Victorian government and Premier Andrews for the decisions they took yesterday,” Morrison said.

When asked if testing should be compulsory across the restricted postcodes, Morrison said: “We’re dealing with this crisis in a very Australian way, and I think that’s important.”

“We’re not a country that tends to mandate these things,” he added, saying the government was seeking the public’s cooperation.

“We think that’s the Australian way to do it,” he said. He did add, however, that while the government would prefer to incentivise with the “carrot,” the “stick” might also be needed at times.

According to the Andrews government over a thousand people have refused to get tested for COVID-19.

Liberal MP Matthew Guy echoed the views of the prime minister. He wrote on Twitter: “So the govt lock down whole suburbs—so the people who obeyed the rules suffer again and the people who caused the second wave break the rules again. How about the govt fine, test and monitor those who are the problem, not punish whole suburbs.”

But Morrison pointed out that Tasmania had managed through an outbreak with a localised lockdown.

“… That’s what happens when you get an outbreak, you contain it in those areas,” Morrison said.

In April, Tasmanian Premier Peter Gutwein closed two hospitals and retail businesses in the northwest region of the island state after an outbreak at the two hospitals.

Victoria To Return to Lockdown

In response to the continued increase in new cases of COVID-19 in Victoria over the last couple of weeks, the premier announced on June 30 further strict measures.

“These ‘hot zones’ will be required to return to Stage 3 Stay at Home restrictions—until at least July 29,” Premier Andrews said.

People living in those areas will only be allowed to leave home for work, study, essential shopping, exercise, or to receive or give care.

The four-week stay-at-home order comes hot on the heels of a testing blitz in the designated hot zones, which began last week. With the help of the Australian Defence Force (ADF) and other states, Victoria’s health services are conducting a 10-day testing blitz, aiming to complete 100,000 tests.

Additionally, mandatory COVID-19 testing is now being imposed on people who are in hotel quarantine, after it was revealed that hundreds of returned Australians had refused to be tested.

Victoria has registered another 73 cases of COVID-19 on July 1, bringing the total to the number of active cases in Victoria to 370.