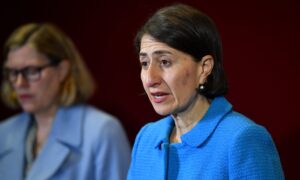 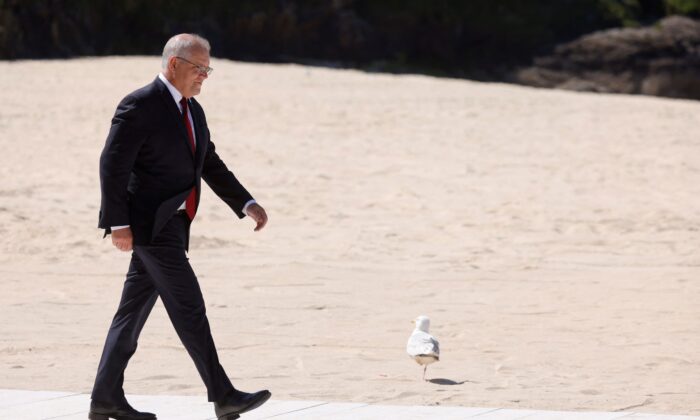 Prime Minister Scott Morrison has called an emergency meeting of the national security committee of the federal cabinet to discuss the outbreak of the highly infectious Indian Delta strain of the CCP virus.

A national cabinet meeting with state and territory leaders is also scheduled for June 28 evening.

This comes as four states and territories impose lockdowns or restrictions following an increase in new CCP virus cases.

“Bringing the leaders together and hearing the most up to date information is important to align the responses,” Frydenberg told ABC radio.

“The prime minister is also talking to state and territory leaders about the importance of ensuring workers in some of these facilities where the vulnerable cohorts are are vaccinated as well.”

Frydenberg said that the latest developments would help inform decisions about vaccines and logistics.

The national cabinet will also discuss quarantine practices, including a ban on accommodating low-risk domestic travellers next door to high-risk international arrivals,  which resulted in an outbreak in Queensland.

Cabinet will also discuss testing and vaccinating those who directly and indirectly work in the system and introducing post-quarantine testing on day 16 after people emerge from isolation.

Meanwhile, AMA president Omar Khorshid said on June 25 that vaccination uptake “may not prevent” the need for some form of quarantine in the medium term or the long term, depending on the virus.

“We expect there will be some need for quarantine. But what that looks like is still uncertain,” Khorshid said.

In NSW, Greater Sydney, Blue Mountains, Central Coast, and Wollongong are in lockdown as the state records 18 new cases of the CCP virus—down from 30 on June 27.

“Given how contagious this strain of the virus is, we do anticipate that in the next few days, case numbers are likely to increase beyond what we’ve seen today (Sunday),” she said on June 27.

Queensland is also reintroducing restrictions after recording two new local CCP virus cases. Masks will be mandatory across a large portion of the sunshine state, with home visits be capped at 30 guests and venues will need to adhere to a one person per square metre rule.

Canberra has also made the wearing of face masks mandatory but has introduced a 48-hour period where authorities will not be issuing on-the-spot fines.

“There will be a 48-hour period where police and Access Canberra will be educating people,” ACT Chief Minister Andrew Barr said on June 27. “There are a number of indoor settings that a face mask will be required. However, the simple message is if you have any doubt about whether a mask is required or not, put one on.”

Cases in the Northern Territory has grown to six cases, while in Western Australia a positive case from a women who returned from Sydney prompted increased restrictions, including indoor mask use.

The outbreaks have prompted a multitude of border tightening measures, including South Australia’s closure to all jurisdictions except Victoria and Tasmania.

WA also tightened its border for residents of Queensland, the NT and ACT, while Victoria added Darwin to its “red zone” list.

Furthermore, all states have locked out Sydney residents.

Health authorities are continuing to track hundreds of passengers from five Virgin flights, which carried people between Brisbane, Melbourne, Sydney and the Gold Coast over the weekend.

The alert was raised after a Sydney-based flight attendant tested positive for coronavirus.