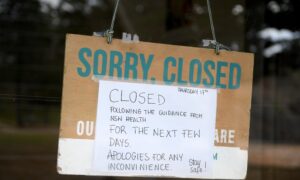 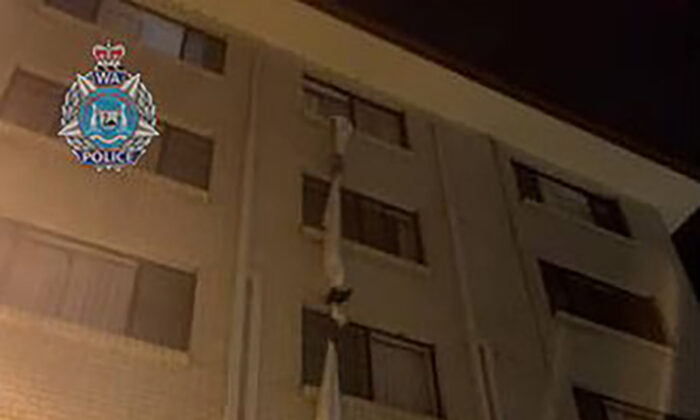 A rope made of bedsheets used by a Queensland man to escape hotel quarantine in Perth, Tuesday, July 20, 2021. (AAP Image/Supplied by WA Police)
Australia

An Australian man has allegedly fled a hotel quarantine in Perth by escaping through a window and rappeling down the external wall using bedsheets tied together like a rope.

The ABC has reported that police allege Travis Hay Myles escaped from quarantine at a Rivervale hotel at around 12.45 a.m. on Tuesday.

Myles had travelled from Brisbane on Monday without a G2G permit. He applied for a permit upon arrival but was refused for not meeting the entry requirements.

Myles was issued with a direction to leave Western Australia within 48 hours and was told to quarantine overnight at the Rivervale hotel quarantine.

“He climbed out a window of the fourth floor room using a rope made of bedsheets and fled the area,” police said in a statement, News.com.au reported.

Myles tested negative for COVID-19, the disease caused by the CCP (Chinese Communist Party) virus, but was charged with failing to comply with a direction and providing false or misleading information.

He appeared via video at Perth Magistrates Court on Tuesday afternoon.

He did not apply for bail and was remanded in custody for 14 days, which is when he could have completed his quarantine. He will then be able to appear in court in person.