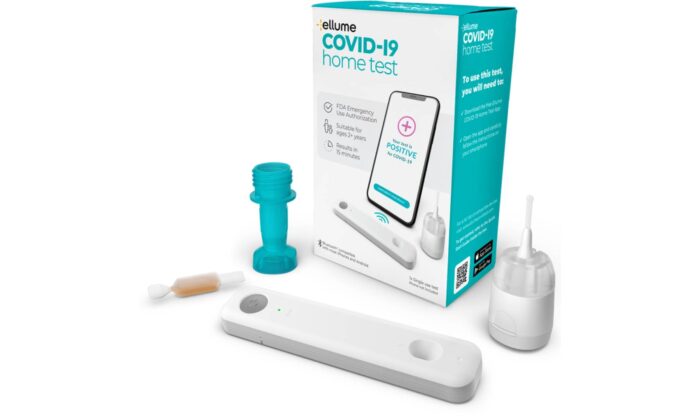 Aussie-Made Home CCP Virus Test Ramps Up Production for US, Not Australia

An Australian-made over-the-counter rapid home test for COVID-19, the disease caused by the CCP virus, will soon be manufactured in the United States to make it available to millions of Americans, but it will not be available to Australians because it is prohibited by law.

The company was given an emergency authorisation in December by the U.S. Food and Drug Administration to supply the Ellume COVID-19 Home Test for non-prescription use by symptomatic and asymptomatic individuals aged two years and older. The home tests deliver 96 percent accurate results within 15 minutes.

Queensland Deputy Premier Steven Miles told reporters on Tuesday he was proud to see Ellume transition from a small Brisbane-based research company into a manufacturer, then an exporter.

“[It] will now have a massive new manufacturing presence in the United States and I just want to congratulate them and say how proud Queenslanders and the Queensland government are of their achievement,” Miles said.

The Queensland government invested in the company last year through its $50 million Essential Goods and Supply Chain Program in a bid to create hundreds of jobs for Queenslanders and help the company ramp up production to produce 20 million tests by July.

Currently around 100,000 tests are being manufactured per day in Brisbane—this is expected to increase to 250,000 per day by March—and shipped to the United States where they are desperately needed.

“This not only provides jobs for Australians, but support for one of our closest allies in the United States,” the spokesperson told The Epoch Times on Tuesday. “This achievement was supported by $1 million in Australian Government funding in 2015 to assist them in commercializing their technology.”

The Biden administration has awarded US$231.8 million to Ellume’s United States arm, which initially got the green light from the Trump administration last year. A new U.S. facility is expected to produce to over 633,000 tests kits per day (19 million per month), of which 8.5 billion units are earmarked for Americans.

However, under the Therapeutic Goods Act 1989, the supply and advertising of self-tests for COVID-19 in Australia without a health professional’s oversight is illegal.

“Under Australian regulation, Ellume could supply their product for use at the point-of-care by certain suitably qualified health professionals. However, to date, Ellume has not sought approval through the Australian process for this purpose,” the health minister’s spokesperson said.

Australian medical experts have advised the government that testing for the CCP virus should only be conducted in an accredited pathology laboratory or by suitably qualified healthcare professionals in clinics, where immediate clinical advice and treatment can be provided to the individual, the spokesperson said.

Patrick Condren, an Ellume spokesman, told The Epoch Times: “The TGA [Therapeutic Goods Administration] administers those laws. It would be up to that organisation to ask the Commonwealth to change those laws.”

With Queensland government investment, Ellume is expected to support over 500 jobs in Brisbane when fully operational, with up to an additional 200 jobs created during construction.

A spokesperson for Queensland Deputy Premier Steven Miles, who has touted the project’s job creation aspect on social media, told The Epoch Times these jobs are guaranteed once the U.S. facility is up and running.