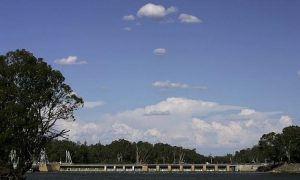 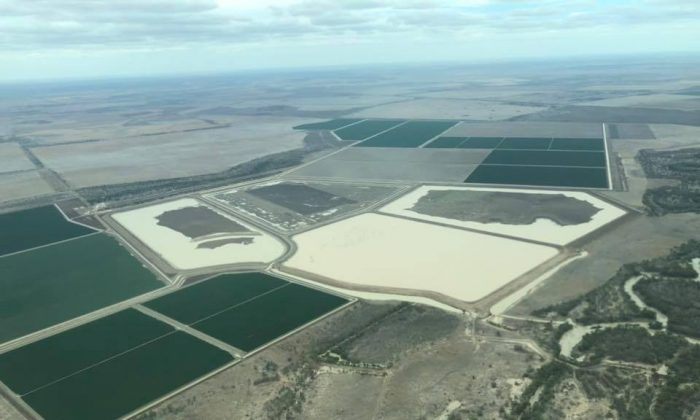 An estimated one million fish have died in the choking rivers of Central Australia’s Murray River system but some farms further upstream have been seen still to have considerable volumes of stored water.

However, just a few hours drive south across the New South Wales (NSW) border, the Barwon and Darling rivers have been reduced to a series of muddy ponds.

The stark contrast is raising questions about the government-funded Murray-Darling Basin Authority’s (MDBA) handling of the A$13 billion ($9.45 billion) Murray-Darling Basin Plan, which was established in 2012 to manage water allocations for landowners, stakeholders, and environmental flows.

“The basin encompasses a complex network of people, industries, and organisations with competing interests, and this is why water needs to be managed carefully for future generations,” the MDBA says on its website.

Different parties have scrutinised the plan in the 2018 South Australian Murray–Darling Basin Royal Commission, which released a final report with recommendations on Jan. 29.

Commissioner Bret Walker SC expressed concerns that the plan breaches the Water Act 2007 because environmental needs were compromised when targets for recovering water from irrigators were set. He also had reservations about how state and federal government officials administered the plan, and criticised recent amendments that further weakened environmental targets in the plan.

The MDBA has agreed to consider the findings of the report and said it is “confident” the plan was “lawful” and “based on best available science” to correct “100 years of overuse” that will take an entire generation to achieve.

“MDBA rejects any assertion by the commission that it has acted improperly or unlawfully in any way,” the authority said on Jan. 31, according to a public statement . “Governments are half way through the implementation of the basin plan … It is vital that this work continues and that the basin plan is implemented in full.”

At Menindee, 114 kilometres southeast of Broken Hill in NSW, hundreds of thousands of fish are dying. People living in towns and properties along the river are struggling to find water fresh enough to drink, bathe in, or use to feed their livestock.

While most of the country has grappled with a long-term drought, the latest images show that there is still water in the river system being allocated to irrigators and to use for cotton and other irrigated crops.

Patrick said from high above it is clear there is still plenty of water in Queensland.

“When we left Dubbo, there was 1,165 ML of flow. Three hours north [where the river joins the Barwon-Darling system], there were no flows between irrigated farms,” the senator told The Guardian. “Further north in Queensland, the Condamine River is relatively full, then south of a big irrigated property there is just a patchy river.”

He also said farmers have been storing multiple water allocations and using it to irrigate cotton crop that probably will not survive. While storing is not illegal, it is a clear example where the Murray-Darling Basin Plan had failed, Patrick told the Guardian.

“If there had been priority given to humans, we would not have these problems,” Patrick said. “I understand there are a number of stakeholders in the plan but we haven’t prioritised the stakeholders who need it most.”

NORTHERN EXPOSURE I am now in the process of concluding my fact-finding mission in the Northern Basin, tomorrow I will…

WATER FOR SALE: NON-IRRIGATORS NEED NOT APPLYWhile news of the latest Menindee mass fish kill was breaking this…

The senator suggests the plan should shift its focus away from giving water to cotton growers because it is the most profitable industry, and instead emphasise the most sustainable uses for water. “What gives us food security, what provides for humans, rather than just profit,” he said.

Patrick invited other politicians to see the environmental damage “first hand” instead of just reading reports behind a parliamentary desk.

“This is flawed implementation of a flawed plan,” he said. “To make it work, there has to be losers and that means hard choices need to be made. It requires leadership or we are facing a disaster.”

The nationalist One Nation Party has suggested an A$9 billion ($6.54 billion) Hybrid Bradfield Scheme in Far North Queensland to help funnel stormwater falling in the north of the country into the Murray River system. The project involves increasing water storage capacity through building more dams and upgrading existing infrastructure to divert additional water towards the driest parts of Australia.

“By implementing this Hybrid Bradfield Scheme we could drought proof Central Queensland, help fix the water issues in the Murray Darling and offer new hydroelectricity projects for the country,” Australian Senator Pauline Hanson said in a public statement. “When you account for the amount of revenue that would be generated by the increased agricultural productivity and the additional power generated by the project, it would quickly pay for itself.”

Hanson, who founded One Nation in 1997, does not blame farmers for the water shortage across the Murray-Darling Basin because they tend to be “more environmentally careful and more water efficient” than at any other time in Australian history.

“They need our support,” she said. “The other [political] parties can have all the bridges and tunnels they want but, if we don’t have the water infrastructure required for our survival, our nation will starve.”