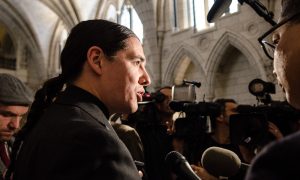 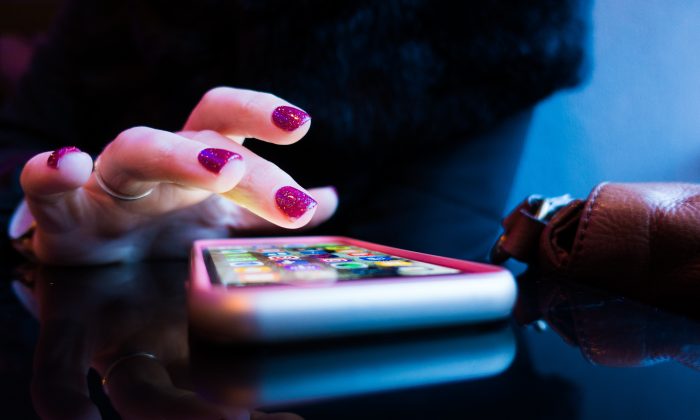 A woman sends a text message on her cell phone in this undated photo. (Rob Hampson/Unsplash)
Australia

Receiving unsolicited text messages from political parties could become a thing of the past in Australian federal politics if billionaire Clive Palmer’s United Australia Party is elected at the May general election.

“When elected [the] United Australia Party will ban unsolicited political text messages, which Labor and Liberal have allowed,” Queensland’s richest man said in a bulk text message dated Jan. 17. The text messages are understood to have been sent to an unknown number of cell phones from as early as Jan. 11.

The unconventional approach from Palmer, who according to the Financial Review Rich List has an estimated wealth totalling $2.84 billion ($2.03 billion), prompted a surge in interest, with 265,000 people accessing the party’s website and staying for more than one minute, Palmer told the ABC.

While many who commented seemed confused and upset about how UAP obtained their personal cell phone numbers, there were several who expressed support for the UAP’s alternative to the two-party monopoly held by the ruling centre-right Liberal Party and their left-leaning opposition, the Australian Labor Party.

Many people also responded to the campaign on the UAP Facebook page.

“Cannot wait for real change and common sense policies that serve the majority,” supporter Keegan Prior said on Facebook.

Another supporter, Troy Turner, said” “It’s your time to shine Clive. You have my support 100 percent.”

Others simply wanted to know how they could find out more about the UAP’s policies. “How can we contact you? I would like to know what your policies are regarding taxes, fuel prices, electricity prices and sustainable energy, failing education,” one comment read.

Palmer defended his decision to send the bulk text message that did not have an option to unsubscribe, saying it is currently legal under the Privacy Act for political parties to access voter details.

“We’ll be running text messages as we get closer to the election because it’s a way of stimulating debate in our democracy,” Palmer told the ABC.

“The United Australia Party’s text messages are all policy-based unlike the misleading ones sent out by the Labor party before the last election saying that Medicare would be privatised if they voted Liberal.

Clive Palmer: Humble Meme Merchant, a retro-style platform game the UAP released via Google Play and the Apple App Store on Jan. 16, includes screenshots of newspaper stands with “fake news” headlines from “Pozz Feed,” suggesting Palmer may have ironically resorted to text messages to get his message out in order to counter the politically-biased media landscape in Australia.

Collect Tim Tams with Clive as he clashes with the Canberra elite in the light hearted, retro-style arcade game featuring the likes of Scott Morrison, Bill Shorten, Richard Di Natale and many more.

Download the #worldfirst political game with Clive Palmer taking on the establishment as he fights to #MakeAustraliaGreat. Can you squash @billshortenmp & defeat @ScottMorrisonMP?
The game is available from the #AppStore & #googleplaystore today#auspol @UnitedAusParty pic.twitter.com/v5i7Sc4BI6

The message also included a hyperlink that navigates users to a third-party website that said, “Authorised by S. Sokolova, United Australia Party, Brisbane.”

According to the government-funded Australian Broadcasting Corporation (ABC), the website is registered to one of Palmer’s staff, James McDonald.

UAP Senator for New South Wales Brian Burston was unaware of the bulk text messages until he was asked by the media for his comment.

Burston said that while he did not consider such text messages “offensive,” he acknowledged that “some people may be offended.” He agreed with Clive’s view that going forward, such unsolicited political text messages should be banned and that he would do so if reelected, along with the UAP to the federal government, at the next election.

Burston added that another option he would consider was “rather than ban them, just allow people to unsubscribe,” according to the ABC.

“It’s something that you can just delete or ignore. Same as Facebook, if you get abusive or un-useful messages on Facebook you can just ignore them or delete them,” Burston told the ABC.

There has been no official date announced for the election but it is widely speculated that it could take place in May, after Prime Minister Scott Morrison hands down the 2019 federal Budget in April.