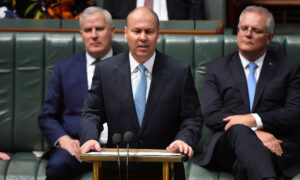 A dead body was found in the search for French tourist Aurelie Lhorme in southern Australia, police said.

Lhorme, 30, was last seen in her parked car near the Head of the Bight Whale Watching Centre, near the Nullarbor Plain, on Saturday night.

“Police can confirm that the body of a woman has been found at the base of a cliff near Head of Bight,” police said on Monday evening, reported AAP.

“The body is yet to be formally identified.”

Staff at the centre had spoken to Lhorme, who appeared to be sleeping in her car, but left.

Her car was found in the same spot the next morning, along with her cell phone, wallet, and passport–but not her.

Police are seeking to speak with a couple seen in a Jayco motorhome near Head of Bight around the time when Lhorme was last seen.

Police believe that Lhorme and the couple spoke at some point.

Wendy Wiese of the centre told Adelaide Now that it was closed as the search continues.

We’re just playing it by ear at the moment, we’re not sure how long we’ll be closed,” she said.

“It’s probably not that healthy having tourists wandering around while they’re doing a search.”