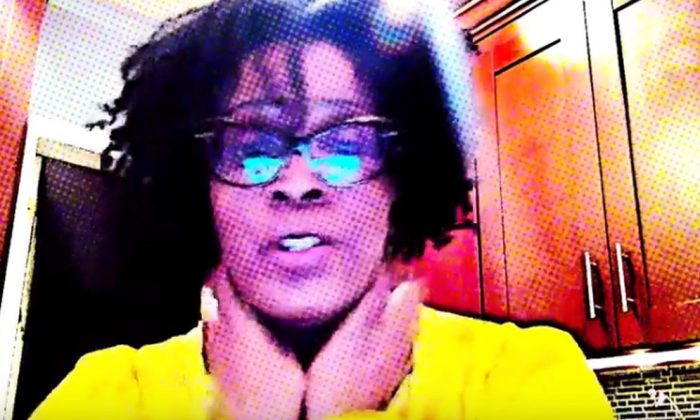 Actress Jada Pinkett Smith this week said she’s not happy with the lack of diversity among the nominees for the 2016 Academy Awards, saying that as a result, she’s going to boycott the ceremony. Director Spike Lee also said he’ll boycott the Oscars for similar reasons, to which the Academy responded.

However, her husband Will Smith’s former castmate on “The Fresh Prince of Bel-Air” slammed Pinkett Smith in a now viral video (WARNING: It contains profanity not suitable for some viewers):

Janet Hubert, who played “Aunt Viv” on the sitcom, released a video in which she slams Smith and Pinkett Smith.

“Girlfriend, there’s a lot of [expletive] going on in the world that you all don’t seem to recognize. People are dying. Our boys are being shot left and right,” she said. “People are hungry, people are starving, people are trying to pay bills…”

“And you’re talking about Oscars. It just ain’t that deep.”

Later, she pointed out the irony of the whole situation.

Hubert later claimed that Smith and Pinkett Smith aren’t happy with the Oscars because his film, “Concussion,” in which Smith plays a doctor who finds a link between football and brain damage, wasn’t nominated for an award.

In the expletive-laden video, Hubert then says that she and other cast members of the “The Fresh Prince of Bel-Air” had asked Smith to join them in asking for a raise during the show’s popular run “like the white actors” on “Friends.” Hubert then said Smith responded with, “My deal is my deal and your deal is your deal.”

“You’ve had a few flops and you know? There are few of those out there who really deserved a nod and Idris Elba was one of them. Lord have mercy, ‘Beasts of No Nation’ was incredible, that man is an incredible actor. You are not,” she said.

“You ain’t Barack and Michelle Obama, y’all need to get over yourselves,” she said in perhaps the video’s singular moment. “You have a huge production company [where] you only produce your friends, family, and yourselves, so you are a part of Hollywood. You are a part of the system that is unfair to other actors, so get real.”

Smith, Pinkett Smith, and Lee said this week that they will not attend the Feb. 28 Oscars ceremony due to a lack of people of color in all four acting categories for a second year in a row.

Lee said, “The Academy Awards is not where the ‘real’ battle is. It’s in the executive office of the Hollywood studios and TV and cable networks. This is where the gate keepers decide what gets made and what gets jettisoned to ‘turnaround’ or [the] scrap heap.”

On Twitter, the term #OscarsSoWhite trended. Awards show host Chris Rock is expected to address the backlash in his jokes on the night.

For his part, Rock described the Oscars as the “White BET Awards.”