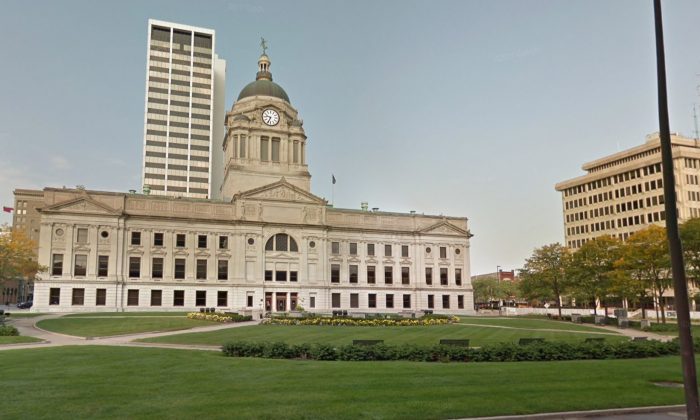 Allen Superior Court, where a woman admitted to trying to murder her niece, in Allen County, Indiana. (Screenshot via Google Maps)
Crime and Incidents

Aunt Admits She Tried to Poison Her 11-Week-Old Niece

An Indiana woman admitted she tried to murder her 11-week-old niece. She pleaded guilty in Allen Superior Court on March 12. She said she tried to kill the baby to get back at her brother’s family for staying over longer than she wanted.

Sarai Rodriguez-Miranda’s mother called the police after looking at text message conversations on her daughter’s cell phone. The messages revealed how Rodriguez-Miranda planned to poison her brother’s baby, on Jan. 2017, The Journal Gazette reported.

In the messages, the 19-year-old asked her boyfriend how many crushed Excedrin tablets she would need to bring about the baby’s death. She wanted to put them in the baby’s breastmilk bottles.

“I’m gonna crush up some of these pills since she decided they can stay longer and kill their baby,” she wrote in text messages, according to The Journal Gazette.

Rodriguez-Miranda’s mother then removed bottles of breast milk from the refrigerator and turned them over to the authorities. The tainted milk had a greenish ring at the bottom of the bottle. After testing, a forensic toxicologist found acetaminophen, caffeine, and aspirin in one of the bottle, the same ingredients used to make Excedrin. The bottle had the equivalent of nine tablets of Excedrin, enough to kill an adult, according to The Journal Gazette.

Rodriguez-Miranda expressed her disappointment that the baby didn’t die, not knowing her mother’s actions.

“Why didn’t that baby die dude thats dumb,” she wrote in texts. “They definitely threw it out. … Yeah and I thought for a sec it could be psychosomatic where my subconscious is guilty so it creates these pains but tbh (to be honest) I hope she dies. I don’t feel bad about it bc she was destined to grow up (expletive) or be abused. I’d never be suspect I know but I hope it works.”

Rodriguez-Miranda was charged in Sept. 2017. She fled, but U.S. Marshals found her in Bay City, Michigan, Fox 59 reported. She will be sentenced on May 18, according to The Journal Gazette.