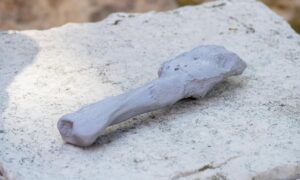 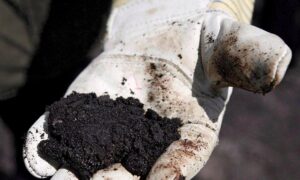 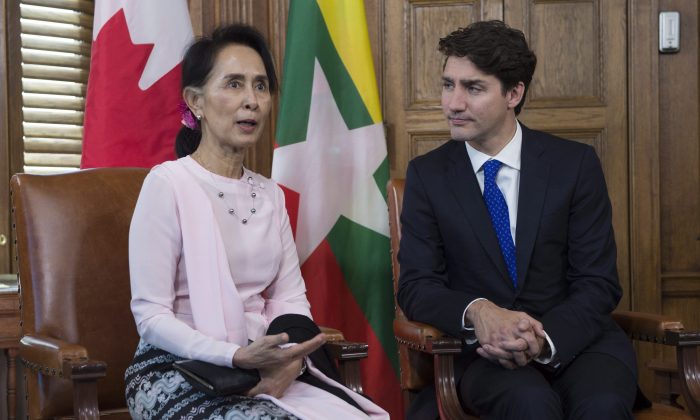 OTTAWA—The transformation of Myanmar from dictatorship to democracy—and how Canada can help smooth the road ahead—will be the subject of discussion as the three executive members of the Canada-Myanmar Parliamentary Friendship Group meet with Aung San Suu Kyi, Myanmar’s state counsellor and foreign minister, on June 8.

During her three-day visit to Ottawa, the de facto leader is also scheduled to meet with Prime Minister Justin Trudeau, Gov. Gen. David Johnson, and members of the Myanmar community.

Suu Kyi, who was held under house arrest in the South-East Asian country formerly known as Burma for 15 years for her political activism, won the admiration of the entire free world as a strong woman leader and a tenacious fighter for democracy and human rights.

A Nobel Prize winner in 1991, she is on her first visit to this country after receiving a certificate of honorary Canadian citizenship in 2012 from then-foreign minister John Baird.

Her star power and the esteem with which she is still held were palpable on June 6 as she walked into the Fairmont Chateau Laurier Hotel through the Governor General’s entrance. About 30 of her supporters—mainly members of the Myanmar diaspora—were on hand, despite the pouring rain, to greet her with flowers and words of welcome.

Once hailed as the icon of democracy in her country and an international media star, Suu Kyi’s image has been somewhat tarnished since her election in 2015 to Burma’s National Assembly, for her perceived inaction on the human rights abuses of ethnic minorities in her country.

We have to remember that she is constrained by the fact that 25 percent of the National Assembly of Myanmar is still controlled by the military.
— MP Bruce Stanton

Stanton and others with a deep interest or expertise in Myanmar’s politics take a more nuanced view, and point to the complexity of her situation.

They argue that Suu Kyi is hamstrung by an anachronistic constitution which dates back to 2008, and by her need to walk a fine line between her electoral base and the military that still exercises control in many areas, including the Ministry of Home Affairs that controls inter-ethnic relations.

“We have to remember that she is constrained by the fact that 25 percent of the National Assembly of Myanmar is still controlled by the military,” says Stanton. “She is taking steps in the right direction but the complicated issue of ethnic violence can’t be solved overnight.”

He adds that this is where Canada’s experience can be helpful. “We have a long history of balancing regional interests with federal ones,” he says.

Members of the Myanmar diaspora in Ottawa—particularly those former student activists and supporters of the National League for Democracy party that fought the country’s military dictatorship and propelled Suu Kyi to power—are also preparing to meet with her.

They hope to put a bug in her ear about some unresolved issues, says Toe Kyi, a Myanmar-born former student activist. Since immigrating to Canada 20 years ago, Toe Kyi has been an active member of Canadian Friends of Burma, an NGO that supported Suu Kyi’s National League for Democracy and advocated for democracy and human rights in Myanmar.

Despite achieving their goal of holding democratic elections in Myanmar in 2015 and Suu Kyi winning enough seats for her party to form a government, her Canadian supporters have concerns, which they hope to bring to her attention while she is here, says Toe Kyi.

“If I want to go back to Myanmar for a visit, it’s difficult for me to get a visa,” he says. “They ask me if I took part in the rebellion (fight for democracy). Of course, I did! I was the rebellion,” he says with a laugh.  “We students supported Aung Sang Suu Kyi all the way. We made her the leader of the National League for Democracy party.”

“She is still our best hope for a united Myanmar,” says Toe Kyi, with David Kilgour, former MP and former chair of the Canada-Burma Parliamentary Friendship Group, and Richard Weeks, co-founder of Canadian Friends of Burma, nodding in agreement.