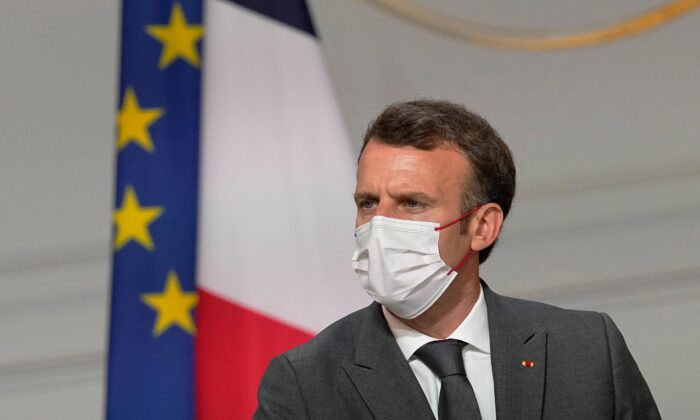 Australia to have the capability to sink Chinese naval ships in 72 hours
By Daniel Y. Teng

According to one diplomacy expert, France’s displeasure at the AUKUS trilateral pact is not about a cancelled $90 billion submarine project.

Instead, the AUKUS agreement represents a significant step-up in countering Beijing, which may disrupt French and European efforts to maintain its “strategic autonomy” toward the Chinese Communist regime.

“The French are very angry, not just about the submarine. They’ve been trying to avoid choosing between Washington and Beijing. They want their own ‘strategic autonomy,’” Joseph Siracusa, adjunct professor of international diplomacy at Curtin University, told Sky News Australia on Sept. 20.

“Europe thought they could play the honest broker between Washington and Beijing, and then wake up one morning and find out that the United States, Britain and Australia have tied up together with this nuclear-enabled deal, and of course, it’s forcing Europe to make decisions it doesn’t want to make,” he said.

Siracusa noted that the loss of the $90 billion Future Submarine program by a French contractor, Naval Group, was merely a “drop in the bucket” for a country like France and not the actual source of its anger.

Australia had engaged France’s Naval Group to modify and refit its Barracuda-class nuclear submarine to a diesel-electric powered model. However, the program has been dogged by constant delays and cost blowouts that saw the delivery timeline expand.

“I think it was the only option (for Australia) because the French were not going to annoy or unnecessarily irritate Beijing. They wanted trade, economic, and investment relations,” he said.

European leaders, including French President Emmanuel Macron, have followed a policy of “strategic autonomy” in recent years, preferring to focus on its own foreign policy interests and regional threats.

As a result, the European Union (EU) has sent “contrasting signals” about its relationship with Beijing, with an August Rabobank report, declaring: “The EU is still by no means cutting China off, or even demonstrating it has a unified and coherent strategy vis-à-vis Beijing.”

China is the EU’s largest trading partner and in December 2020 concluded, in principle, the Comprehensive Agreement on Investment, which would have been an ambitious trade deal between the two blocs—and was opposed heavily by the United States.

However, ratification of the deal has floundered in recent months as the EU’s stance on China has gradually shifted, with the bloc joining the U.S., UK, and Canada in imposing sanctions on four Chinese officials linked to the Uyghur genocide, as well as condemning Beijing’s cyberattacks.

In contrast, nations in the Indo-Pacific region—faced with a vastly different threat matrix from the Chinese regime—have adopted a tougher and more overt stance against Beijing’s increased aggression, including Australia, Taiwan, and Japan.

Siracusa noted the only real effective deterrent to the Chinese navy was attack submarines.

“Now, Australia will have the capability to sink the Chinese navy in 72 hours; that’s what this is all about,” he said.

“The Chinese know they have been outmanoeuvred, and they’re very angry,” he added. “So, in a very short period of time, Australia has gone from a doormat to something very considerable—it’s an extraordinary development.”

The move would make Australia one of the only countries in the world—outside the United States, UK, China, Russia, France, India—to operate nuclear-powered subs, despite being a non-nuclear power.

A senior White House official noted that the sharing of U.S. nuclear propulsion technology and engagement with another nation at this level was “rare.”

“We’ve done this only once before, as I indicated. That was almost 70 years ago with Great Britain,” the official told reporters on Sept. 16, in reference to the 1958 move to share the technology with the UK.

“This technology is extremely sensitive. This is, frankly, an exception to our policy in many respects. I do not anticipate that this will be undertaken in other circumstances going forward. We view this as a one-off.”