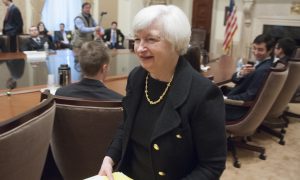 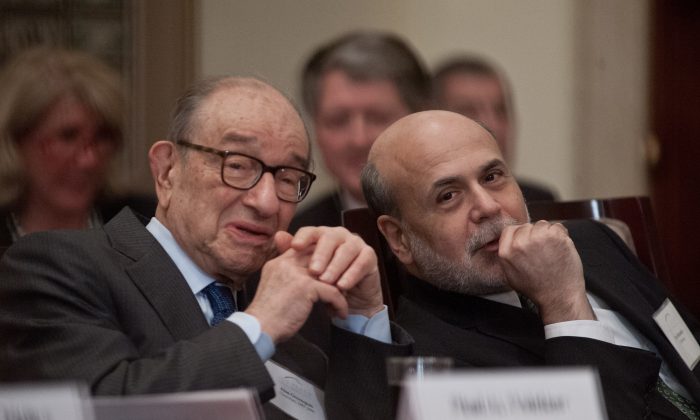 Auditing the Federal Reserve Is a Frightening Idea. Here’s Why

Some conservative lawmakers have been arguing for years that Congress should audit the Federal Reserve and take a more active role overseeing monetary policy. Now that the GOP is in full control of the Capitol, the issue has taken on new urgency—as Fed Chair Janet Yellen learned last month during a combative hearing with senators.

The argument goes that the depth and length of the recent recession, the slow pace of recovery, the Fed’s failure to prevent the crisis in the first place, and its unconventional responses all support the view that it needs more oversight. The central bank’s independence, they say, isn’t doing the trick.

Nothing could be further from the truth. It betrays a misunderstanding of what it means for a central bank to be independent and how monetary policy is crafted and carried out.

In my 20 years working at the Fed, first in New York where I helped implement monetary policy on the trading desk and then in Atlanta as the senior officer in charge of research, I learned that dealing with the unexpected is the day-to-day reality of the job. And it’s best if your hands aren’t tied.

If the Fed loses its independence, then its policy will become less sensitive to what’s going on in the real world and more of a hostage to people who know far less about designing and implementing monetary policy. That would be a significant step backward.

Social scientists of all political persuasions no longer even debate the question of whether the central bank should be “independent.”

They recognize the term refers only to how policy is implemented—free of political pressure—and that independence does not give the central bank the ability to set its own goals, as some lawmakers seem to think.

In fact, Congress has established various mandates for the Federal Reserve to follow since the latter’s creation in 1913. And central bankers place public interest at the center of their deliberations when carrying out monetary policy.

At present, the Fed follows a dual mandate of keeping inflation within its target range of around 2 percent while maximizing employment. Congress set these goals, but the Fed itself needs the freedom to choose which instruments it employs to meet them.

A good analogy is building a house. The owner takes part in drafting the plans but doesn’t worry which type of hammer is used. Similarly in an operating room, the surgeon must be able to quickly choose which scalpels and other instruments will help her save the patient (in the Fed’s case, the U.S. economy). While she follows the guidelines learned in medical school and past clinical experience, there is no time for excessive deliberation when someone’s life is on the line.

The demand for an audit rests on the notion that there is a simple way to carry out monetary policy, as if there were one rule to follow. In the economics profession, the discussion of sticking to policy rules has quieted down as we learned, over and over again, that constant changes in the way people and companies behave and continuous innovation undercut the foundation for rigid rules.

For example, during parts of the ’70s and ’80s, the Fed tried a “money supply rule” that aimed to keep the expansion of currency in circulation and bank deposits within a range of growth rates.

At first it looked as if this would work well. That is until everyone could “create money” on a whim by using a credit card. Whenever you use credit to buy a new computer or pay for groceries, you’re getting a bank to lend you “money” that did not exist a second ago but suddenly does once the transaction clears. It did not make sense to target something that could not be controlled with precision.

The rule was fortunately phased out during the 1990s. Similar rules such as the gold standard and fixed exchange rates also bit the dust, but in the process caused considerably more economic upheaval.

In fact, the way central banks carry out monetary policy in financially developed economies needs to be constantly revised. Or more accurately, rewritten, as demonstrated by the detailed Federal Reserve minutes for meetings that took place in 2008, when the unfolding situation threatened economic and financial stability. The documents show a lot of disagreement and discussion, but ultimately agreement to act in unconventional and even untested ways.

They reveal the Fed was responsive and flexible. They may have had long debates, but the meetings did not last for weeks or even several days. Recent data and comparisons with other countries suggest this willingness by Fed policymakers to try something never used before in the United States was the right call.

Would the results have improved had the Fed been subject to regular congressional audits of its procedures in real time?

This is the worst idea of all.

There’s always been this tug of war between politicians who typically want to juice up the economy in the short term to improve their polling numbers and central bankers who must think about long-term growth and financial stability.

Economists, political scientists, and historians—even ones who back hard monetary policy rules—remind us that political interference with a central bank can lead to inflation, such as in Germany in the run-up to World War II in the 1930s and in Zimbabwe starting in 1998 until it abandoned its national currency in 2009.

They urge us to keep our central bank independent of political meddling so that its purchases of government debt in financial markets are its own decisions and not the result of pressure to finance a government deficit. In the United States, the Fed is not even permitted to buy debt directly from the U.S. Treasury.

They also remind us that even in our age of transparency, it is not a good idea to broadcast information about banks or other financial institutions that may be close to failure—something that would likely result if the Fed were subject to excessive congressional scrutiny. We learned too much about panic during the Great Depression.

Still, the Fed needs to do a better job of explaining what it is doing. Its explanations need to be understood by those who did not study the “dismal science” of economics.

This has long been a Fed problem. Former Fed Chair Alan Greenspan was renowned for his ability to obfuscate, making it next to impossible to interpret his meaning. His successor Ben Bernanke, who led the Fed throughout the financial crisis before handing the reins to Yellen last year, recently described the quantitative easing policies he championed this way: “The problem with QE is it works in practice, but it doesn’t work in theory.”

This doesn’t exactly help us understand why the Fed chose this method of “treating the patient.”

We need the Fed to tell us what it believes should have been done to prevent the financial collapse in the first place. This means admitting to errors in its understanding and forecasts, as well as how change affects its decision-making. In the case of the financial meltdown it means discussing regulatory as well as monetary policy. Unfortunately, on this front, we see an organization that too often defends its regulatory turf.

But forcing more oversight by Congress is not the way to do this. Observing the Fed at work in real time or having the Congress audit its policy procedures are frightening proposals. Americans should be well aware by now that our Congress is not known for its flexibility and responsiveness.

If your house were on fire, would you appoint a study group to examine the causes and search for who may be at fault before you call 911? Similarly, in response to those who want to defang the Fed because they’d like less regulation, do you think requiring smoke detectors when the public is at risk amounts to unnecessary government interference?

Our house would already be ashes from the recent crisis, if Congress oversaw monetary policy. Let’s pray that never happens.

Sheila Tschinkel is a visiting faculty in economics at Emory University. She has worked in the U.S. Department of Treasury and Federal Reserve. This article was previously published on TheConversation.com.