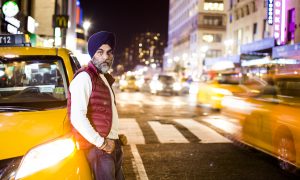 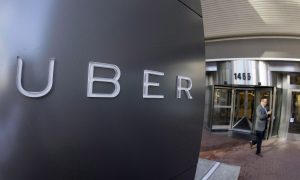 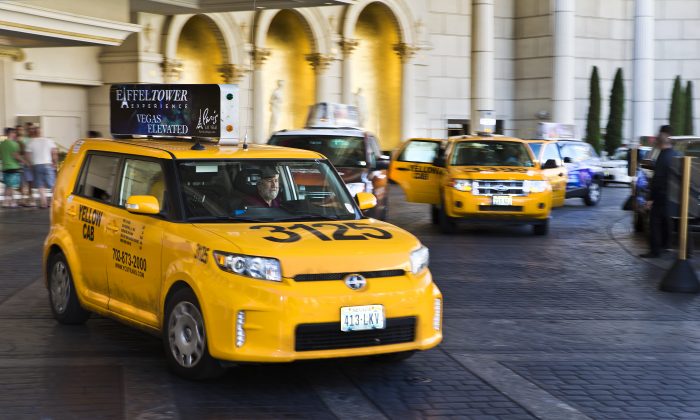 LAS VEGAS—If the cash you doled out for a Las Vegas cab ride hurt your wallet, it’s not all in your head—auditors in Nevada also think taxi rates are outrageous.

Las Vegas-area cabs are overcharging customers to the tune of $47 million a year, according to an audit released Tuesday of the Nevada Taxicab Authority, which regulates the rides in Clark County.

Auditors for the governor’s finance office blamed a $3 credit card processing fee that they say is much higher than in other cities and probably shouldn’t exist. They also criticized a decision to increase a fuel surcharge even as gas prices are tanking, saying having the surcharge at all is unique among the 12 major Western cities that the taxi board tracks.

“The board’s decision is a windfall for the industry,” the audit says. “These are mostly tourist/visitor dollars that would otherwise likely be spent elsewhere in the local economy.”

Auditors were so critical of the Nevada Taxicab Authority that they recommended abolishing it.

The criticism comes a few months after ride-hailing companies Uber and Lyft started operating in Nevada with promises of cheaper and more convenient rides. The taxi industry, which makes big bucks taking tourists on a 5-mile trip from the airport to the Strip, fought hard against allowing the companies before losing its battle in the Legislature last spring.

Cynthia Kulak, 43, who was visiting Las Vegas from Raleigh, North Carolina, said a taxi ride from the airport to the Bellagio casino-hotel was $21 with tip on Wednesday.

“Once you’re in there and you’re driving, what else are you going to do but pay it?” she said, adding that she will probably use Uber next time.

Denver resident Dominick Lovely, 37, said he paid $9 for a cab ride of 5 minutes or less from the Sands convention center to the Bellagio, calling the cost a rip-off.

“Three dollars doesn’t sound like a lot, but aggregated over an entire population of people in Las Vegas taking cabs, it’s not a fair deal,” he said, referring to the credit card fee.

Representatives of a union for many area taxi drivers said they have long fought to end the fee, arguing it enriches the cab company but hurts drivers. For example, some passengers mistakenly believe it is a tip for the driver and skip the gratuity.

“It is absolutely, utterly ridiculous to have a credit card fee of $3. That’s absurd,” said Sam Moffitt, a union organizer representing drivers of the large taxi company Yellow-Checker-Star. “The drivers do not get any portion of that money.”

The audit panned the fee, saying it far exceeds the cost of cab companies accepting cards. State agencies pay 8.5 cents to Wells Fargo per credit card transaction, auditors said, and taxicab regulatory agencies in other cities allow fees between 3.8 percent and 5 percent of the total fare.

The $3 fee accounts for about 17 percent of the total average cab fare in Clark County and should be immediately reduced to 90 cents at most or halted altogether, auditors said.

They also said a cab fuel surcharge that regulators approved last summer is based on a federal gas-price average that’s higher than Las Vegas rates. The fee structure, which the taxi industry supports, is designed so customers pay a full 12 cents more per mile once gas hits $3.25 a gallon, instead of kicking in gradually depending on how high gas prices rise, the audit said.

Auditors were so critical of the Nevada Taxicab Authority that they recommended abolishing it and turning over its duties to another agency.

Ron Grogan, chief of the authority, said the taxi board would have to discuss the recommendations before making changes. But he acknowledged that his agency had probably outlasted its usefulness and struggled amid complex regulations.

Complaints against taxicabs aren’t uncommon nationwide, although they usually center on individual driver behavior, such as declining a passenger because of their race. A New York City driver was fined $25,000 in August for refusing to pick up a black family, and Los Angeles is considering tighter penalties on drivers after undercover black officers were routinely denied rides from the airport.

Las Vegas-area cab drivers have previously been criticized for “long hauling,” or illegally taking passengers on a longer route to run up the bill. A 2013 state audit found that nearly a quarter of airport trips involved the practice, costing passengers an estimated $15 million in one year.

That appears to be what happened to Ashleigh Rojanavongse, 23, a Gainesville, Virginia, resident who visits Las Vegas often and was recently there for work. Her taxi driver took a different route to the airport than she was used to, costing her $35 instead of the usual $15.

Next time, she said in a phone interview, “I definitely will not be taking a cab.”