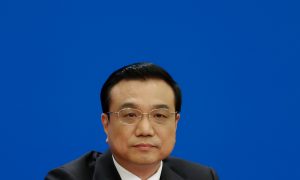 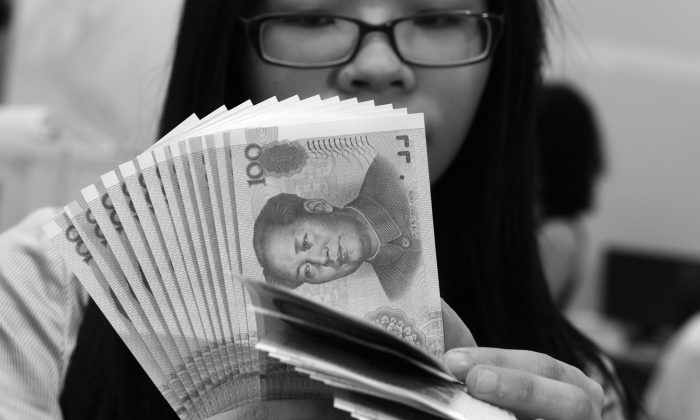 The 2013 audit of the revenue and expenditure of 38 central sector units show billions of illegal income, according to official reports. (Sam Yeh/AFP/Getty Images)
China

Audit in China Tells of Corruption and Waste in State Agencies

Too much of China’s governmental budget was used on the expense accounts of Chinese officials—traveling abroad, entertaining, and being driven around by chauffeur in luxury vehicles—according to the result of a recent audit.

The audit, which covered the year 2013, also showed that 80 percent of the 38 central government departments had illegally spent money, according to Chinese reports.

The results of the audit were released at a meeting of the Standing Committee of the National People’s Congress, the Communist Party’s rubber stamp legislature, on June 24. It covered the central departments like the Ministry of Foreign Affairs, Development and Reform Commission, Ministry of Education, Science and Technology Department, Ministry of Industry and Information Technology, and others.

The so-called “three public expenditures” (sangongxiaofei) ran up a bill of over a third of its budget, according to Auditor General Liu Jiayi, who called the results “shocking,” despite the expenses being 22 percent less than 2012, Chinese reports said. The actual numbers of expenses were not provided.

The report further says that 2.9 billion yuan ($478 million) of illegal income was gained through unauthorized collection of fees, appraisals, and charging the public to access government information, among other activities.

Official organizations and units under 13 central departments, including the Health and Family Planning Commission, the Ministry of Land Resources, and the Ministry of Housing and Urban Construction, were involved. Some work units also illegally gave out allowances and subsidies of 149 million yuan ($24 million).

Separately, 237 official infrastructure projects or work units misused 7.8 billion yuan ($1.26 billion), the report says. These findings concur with the reports, common in China, that officials engage in bribery and embezzlement through city construction projects, which can be used as feathers in the cap of officials.

Auditor General Liu said in the meeting held to announce the report’s findings that through the 2013 audit, 314 cases of serious violations of law were discovered involving 1,100 people, including officials and their families. He said that “group corruption” is a severe issue exposed in the process of the audit, and that many of the suspects had formed “interest groups.”

For all its candidness, the audit seems to only point to the tip of the iceberg when it comes to corruption in central government departments in China.

For example, an audit released on June 16 specifically enquiring into the West-East Electricity Transfer Project, a state-run infrastructure program to build high-voltage transmission networks along three primary corridors, shows over 6.6 billion yuan ($1.06 billion) of illegal income, including the collection of illegal money during the tender process, transferring profit between companies, and more, state-run Xinhua News says.

“The government plays role as a judge, but itself is also an athlete, and it makes the rules of the game as well,” said Zhang Jiang, an independent researcher of social affairs in China, in an interview with New Tang Dynasty Television. The upshot of these differing interests, he said, is that “the government is the biggest beneficiary.”

He added, “Even the report is done by the audit office, so I bet it’s also been whitewashed. The facts are even more than that. They can’t cover up these severe issues any more, so they just release a small part of it.”

Zhang made the observation that endemic corruption of this sort is enabled by and nurtured by China’s political system, where the media cannot play a real role in holding the state to account, the citizens cannot vote for their leaders, and the judiciary is beholden to the Communist Party.