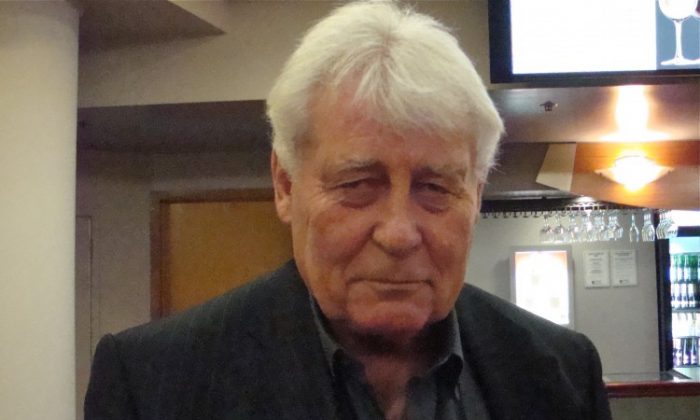 “I think the dances were really good, extremely good,” said sports coach John Mckay, “I think they are very [athletic] … The girls are very elegant, in their beautiful costumes, they float rather than see them move.”

Classical Chinese dance has a long history of thousands of years, passed down continuously within the imperial palace and ancient Chinese theatre and opera. Soaking up profound wisdom from every era and dynasty, it has become a complete system of dance embodying traditional aesthetic principles with its unique dance movements, rhythms, and inner meaning, according to the Shen Yun website.

Steve Right, a painter decorator, was also in the audience, he thought the performance was, “fantastic … great colours, precision, timing.”

He said the music in Shen Yun “makes the hairs stand up on your back,” and that the expressiveness of the dance was “flawless.”

New York-based Shen Yun is one of three classical dance and music companies that are touring the world simultaneously with the sole purpose of restoring the 5,000-year-old Chinese culture to its former glory.