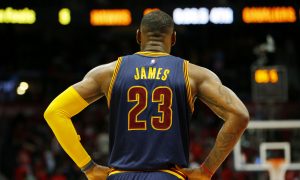 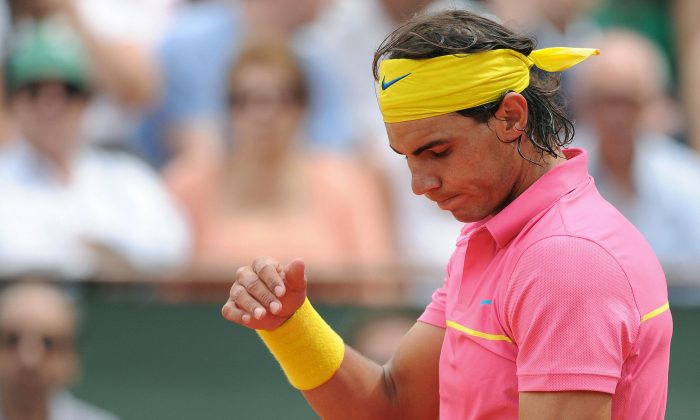 Rafael Nadal has just one loss at the French Open and it came courtesy of Robin Soderling in 2009. (Bertrand Guay/AFP/Getty Images)
Sports

Only once in the last 10 years has someone other than Rafael Nadal won the French Open championship, and that was Roger Federer in 2009. So at least on the men’s side of the draw, there haven’t been too many upsets in recent memory. But when they happened, we remember. Here are the eight biggest in the Open era (starting in 1968).

(NR) Stéphane Huet over (7) Ivan Lendl, 1993 first round: Lendl won three titles at Roland Garros, but by 1993 he was six years removed from his last one and, at 33, was on the downside of his career. Still, Huet was ranked 297th  in the world when he beat Lendl in four sets here.

(NR) Henrik Holm over (3) Stefan Edberg, 1994 first round: Edberg won six Grand Slams but none at Roland Garros, and this five-set stunner was his obvious low point. The third-ranked player in the world lost the first two sets before winning consecutive tie-breakers at the end of the third and fourth sets, but then dropped the final one.

(NR) Gilbert Schaller over (2) Pete Sampras, 1995 first round: Sampras won 14 majors, but he never won the French Open or made it to the finals even. Still, he was no slouch on clay—he had made the quarters the previous three straight years prior to this match—and was in his prime in 1995. But Schaller dropped him five sets after Sampras held a 2–1 lead.

(5) Robin Soderling over (1) Roger Federer, 2010 quarterfinals: The No. 1 ranked, defending champion Federer had advanced to a record 23 straight major semifinals before running into Soderling—who had never beaten Federer in 12 career matches. But the younger Soderling triumphed in four sets, becoming just the second player to defeat Federer (Nadal, four times) since 2004 at Roland Garros.

(NR) Chris Woodruff over (3) Andre Agassi, 1996 second round: Agassi was so was distraught after the five-set loss that he skipped the mandatory post-match press conference, resulting in a $2,000 fine. He would meet Woodruf just one more time—1999 third-round at the French Open as well—and avenge the loss with a straight sets win.

(NR) Eric Winogradsky over (3) Stefan Edberg, 1987 second round: The Frenchman Winogradsky was ranked 152nd when he beat the 21-year-old Edberg—in straight sets, no less—for the shocking win. Edberg was fresh off winning the Australian Open just a few months earlier, making the loss all the more puzzling.

(5) Adriano Panatta over (1) Bjorn Borg, 1976 quarterfinals: Bjorn Borg was the Rafael Nadal of the 1970s, going 49–2 all-time at Roland Garros—yet both his losses were to Panatta, who also beat him in the fourth round in ’73. Borg, who was the two-time defending champion at the time of the loss, would never lose again at the French Open before his abrupt retirement in 1982.

(23) Robin Soderling over (1) Rafael Nadal, 2009 fourth round: Still Nadal’s only loss ever at Roland Garros, Soderling defeated the four-time defending champ in four sets. It should be noted that Nadal went on to miss the following Wimbledon with knee soreness, though he would never blame injury for the performance. Five straight titles later leaves Soderling’s win as Nadal’s only blemish on a jaw-dropping 66–1 mark all-time at the French.