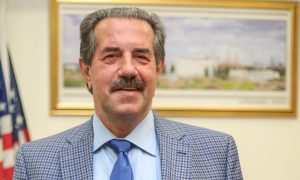 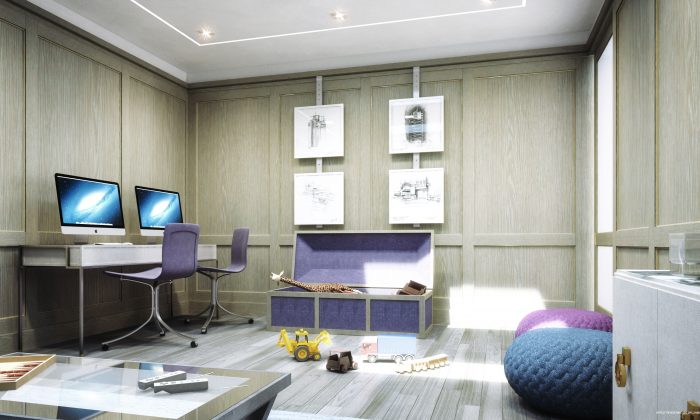 A rendering of the game room at The Charles, a luxury condominium tower made up of entirely full floor and multifloor residences on the Upper East Side. The game room is being designed to attract children and adults of all ages. (Williams New York)
New York

Attracting Families With Amenities Aimed at the Youngest Tenants

NEW YORK—Children’s playrooms have become an increasingly popular amenity with developers over the last decade. Hundreds of new buildings have them, and for some families it factors into where they choose to live.

Manhattan is the borough that boasts the most children’s playrooms, followed by Brooklyn. Playrooms act as a complement in upscale buildings with larger units, especially in areas with good schools.

Compared with other amenities, like pools or gyms, playrooms have lower operating costs. They can give developers a competitive edge over buildings at similar price points, but that lack the amenity.

Developers are going after young families, not just singles. They are trying to keep them for longer than they used to be able to keep them in the past.
— Ryan Severino, senior economist, Reis

If good schools entice parents to certain neighborhoods, family-friendly amenities act as a magnet, pulling families toward a certain property.

That was the case for Stacey Stetson and her husband. After their baby Penelope was born last year, they decided to move from a 1-bedroom in West Village to a 2-bedroom in Battery Park City (they wanted something within the zoning for Public School 276).

By her recollection, they must have looked at every building in the area before deciding on Gateway Battery Park City, a waterfront rental complex near the World Trade Center.

The child-friendly amenities really appealed to them, especially the pool, the playroom, the laundry, and the concierge. She takes her daughter to the playroom frequently.

Though she only moved there in September, she has set up a weekly music class in the playroom. The moms who bring their children to participate split the payment for the music teachers.

On top of the convenience of the complex itself, the neighborhood has many different classes for children, like ballet, gymnastics, music lessons, and even Chinese lessons. “Everything you need for your children all within a five-block radius,” Stetson said.

Stetson said the beautiful views of the Hudson, and the safety of the complex (complete with its security guard), made her feel like she’d moved to “the suburbs of Manhattan.”

Maya Autret, marketing director from LeFrak, which runs Gateway Battery Park City, said she has found that residents who frequent the communal areas and interact with each other tend to stay longer than those who live an anonymous lifestyle.

“There’s certainly a story to be told about how more people are choosing to stay in the city after they have families,” said Melissa Pianko, the vice president for development at Gotham West. Pianko lives on the Upper West Side with her husband and three children. Her building has a playroom, as does Gotham West.

Rose Associates manages 26,000 apartments throughout New York City, with slightly more than half being rentals. Mitch Gelberg, the firm’s senior managing director, said the appeal of playrooms in properties has increased as more families elect to remain in the city and rent.

Bluerock Real Estate, a national development firm, recently completed Manhattan’s first entirely full-floor and multifloor luxury condominium tower. The Charles on the Upper East Side features a communal games room for children of all ages, at ground level. The developers predicted that families would want to live in the building’s spacious four bedroom residences.

Real estate mogul Sheldon Solow’s recently completed One and Two Sutton Place North—two black towers bordering the East River. But now his firm is planning a playroom for a portion of the huge lobby that connects the two glass towers.

Though still in the design phase, the children’s room is about enhancing the lifestyle of the buildings’ families, according to Jodi Stasse, managing director new developments at Citi Habitats.

Data from the two most recent censuses shows that families are actually in decline in New York at the expense of single people, according to Ryan Severino, senior economist and associate director of research at Reis.

But regardless, “Developers are going after young families, not just singles. They are trying to keep them for longer than they used to be able to keep them in the past. So by offering these amenities, it gives them a chance to do so,” Severino said.

In Manhattan, 301 buildings have a children’s playroom, compared with 36 in Brooklyn, 13 in Queens, 8 in the Bronx, and 2 on Staten Island, according to data compiled by StreetEasy.