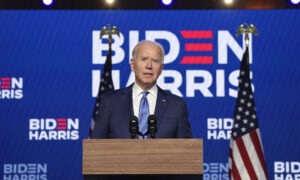 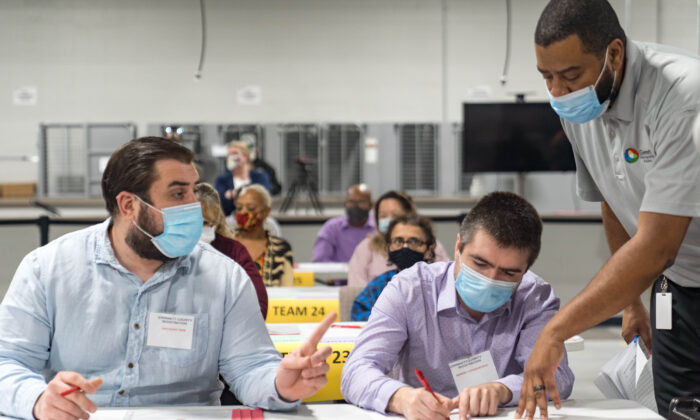 An attorney with President Donald Trump’s reelection campaign has sued Georgia’s secretary of state and election officials in a bid to stop the certification of election results, claiming that rules changed by state officials might have invalidated absentee ballots cast in the 2020 election.

Lin Wood, a lawyer well known for representing Richard Jewell in the 1996 Atlanta Olympics bombing case, filed a lawsuit on Nov. 13 arguing that an agreement between election officials and the state’s Democrat Party that changed the process of handling absentee ballots in Georgia is unconstitutional.

He argues that the state officials were unauthorized to change the manner of processing absentee ballots in a way that was contrary with the state election code, and hence, the counting of absentee ballots for the general election in the state is therefore “improper and must not be permitted.”

“To allow otherwise would erode the sacred and basic rights of Georgia citizens under the United States Constitution to participate in and rely upon a free and fair election,” Wood wrote (pdf).

The March 2020 agreement between Georgia Secretary of State Brad Raffensperger, the State Election Board, and various state Democratic entities changed the way absentee ballots are processed in a way that isn’t consistent with election laws passed by the Georgia Legislature.

“Signature match is intact and the General Assembly passed legislation to allow voters who failed to include a signature time to add one,” Fuchs told 11 Alive. “Fulton County only had one rejected ballot in 2018 and now they have thousands. We strengthened signature match, and will continue to do so, period.”

Wood’s arguments presented to the U.S. District Court for the Northern District of Georgia Atlanta Division are similar to another case that is currently awaiting a decision by the U.S. Supreme Court to decide on whether to grant a request for review.

In that case, Pennsylvania Republicans are asking the nation’s top court to review a state Supreme Court ruling that requires election officials to accept absentee ballots received up to three days after Nov. 3. Republicans are arguing that the court’s extension violates the Constitution as the decision to extend the deadline belongs to lawmakers, not the courts.

In October, some members of the U.S. Supreme Court indicated that it was interested in granting a request to review the Pennsylvania Supreme Court’s decision.

Justice Samuel Alito wrote in his statement (pdf), “The provisions of the Federal Constitution conferring on state legislatures, not state courts, the authority to make rules governing federal elections would be meaningless if a state court could override the rules adopted by the legislature simply by claiming that a state constitutional provision gave the courts the authority to make whatever rules it thought appropriate for the conduct of a fair election.”

He was joined by Justices Clarence Thomas and Neil Gorsuch.