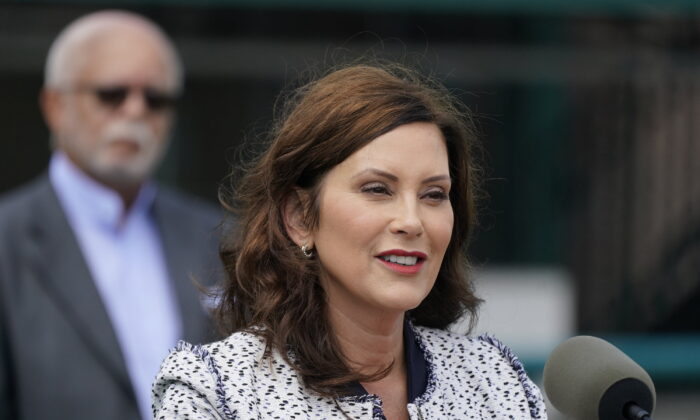 Michigan governor Gretchen Whitmer, a Democrat, has been subpoenaed to testify in the lawsuit she brought to permanently enjoin enforcement of the state’s strict abortion trigger law.

The statute was passed in 1931 and was the law of the state until rendered moot by the U.S. Supreme Court in its 1973 Roe v. Wade decision.

The law makes it a felony, punishable by up to four years in prison, for a doctor to perform an abortion in Michigan, except in an effort to save the life of the mother.

Pregnant women seeking an abortion are not subject to prosecution under the statute.

When the High Court reversed its Roe v. Wade decision on June 24, 2022, the state statute which had lain dormant on the books for 91 years was “triggered” into effect again.

Issued on Aug. 8, the subpoena requires Whitmer to appear in Oakland County Circuit Court at 2 p.m. on Aug.17.

The filer of the subpoena is attorney David Kallman of the Great Lakes Justice Center.

Kallman is the lawyer for two county prosecutors who have said they would, pursuant to the state law, prosecute a doctor who performed an abortion in their jurisdiction if the case was presented to them and the evidence warranted such a move.

The fear of such actions by local prosecutors prompted Whitmer to file a request for a temporary restraining order to prevent them from enforcing the existing state statute.

“My clients’ objective is to see that the injunction is vacated,” said Kallman in a phone interview with The Epoch Times.

Kallman explained that Whitmer is the sole plaintiff in the case and as such, it is reasonable for her to be expected to testify in the legal action that she brought.

“She purports to represent all the women of Michigan. Put bluntly, she doesn’t,” said Kallman.

According to Kallman, nothing in Michigan law prevents a sitting governor from being subpoenaed and having to appear in court.

“Whitmer is the one asking for injunctive relief. She is saying she would be irreparably harmed if the existing state law is enforced.

“I look forward to hearing her explain under oath how local prosecutors doing their sworn duty to uphold the law harms the governor,” said Kallman.

To obtain a permanent injunction, Whitmer would have to show that she is being irreparably harmed by the enforcement of the existing state law and that her situation cannot wait for the legal process to run its normal course.

Whitmer must also show that the merits of her case are highly likely to prevail at trial.

Kallman contends that will be a “tall order” for Whitmer because precedent is against her.

“Prior court decisions in Michigan have ruled that the Michigan Constitution contains no hidden right to an abortion as Whitmer claims. The trial judge is bound to follow this precedent.

“If the judge follows the law he will deny a permanent injunction,” said Kallman.

Whitmer’s office did not respond to an email question by The Epoch Times asking if she intends to comply with the subpoena.

According to Kallman, in recent affidavits, Whitmer has claimed that her director of the Department of Health and Human Services is being harmed because the uncertainty and confusion in the current legal situation in Michigan makes it difficult for the department to issue clear guidance to interested parties seeking direction.

Responding to Whitmer’s contention, Kallman said, “The clear and accurate advice DHHS should be giving is to follow existing state law. But that’s advice they don’t want to give.”

On Aug. 1, the Michigan Court of Appeals ruled that county prosecutors could prosecute violators of the 1931 law because the Court of Claims injunction barring state officials from doing so did not apply to county prosecuting attorneys.

“Whitmer has repeatedly vowed to ‘fight like hell’ and do whatever it takes to keep abortion legal in Michigan. Let’s see if that includes showing up in court to testify next week,” said Kallman.

As of press time, no motion to quash the subpoena has been filed.