A lead attorney representing parties challenging the Affordable Care Act (ACA), also known as Obamacare, said Congress should get to work in developing a health care package that would protect Americans with pre-existing conditions and empower people to make their own health care decisions.

“And so they shouldn’t wait until the [Supreme] court rules but rather should get to work today, to make sure that there’s a safety net for people with chronic conditions who aren’t able to be insured and to also make sure that people have the personal freedom to be able to make healthcare decisions for themselves and to restore that doctor-patient relationship.”

The ACA was repeatedly highlighted by Democrats during Supreme Court nominee Amy Coney Barrett’s recent confirmation hearings before the Senate Judiciary Committee. Senate Democrats tried to make the case that Barrett, being a President Donald Trump nominee, would not hesitate to overturn the health care law if she is confirmed in time to join the bench to hear the case.

The case in question deals with whether a provision in the law, referred to as the “individual mandate,” which required people to obtain health insurance or pay a tax penalty, is unconstitutional after Congress removed the tax penalty in 2017, rendering the law unenforceable.

If the top court finds that the law is unconstitutional, the justices would have to weigh whether the provision is so vital that removing it would collapse the entire ACA.

A group of Republican-led states led by Texas, and two individuals—who Henneke represents—are arguing that the provision is unconstitutional and the entire ACA needed to be invalidated because the provision was inseverable from the rest of the law.

The U.S. House of Representatives and a group of Democrat-led states then escalated the case to the Supreme Court, requesting intervention. The top court agreed to take on the case in March.

Henneke, who is also the general counsel for the Texas Public Policy Foundation, said Democrats were using fear-mongering tactics during Barrett’s confirmation hearings in order to convince the American people that the ACA, which he said has failed Americans, is good policy.

“I think the Democrats are still working off their playbook from 2018, where they very successfully use the fearmongering over the elimination of the Affordable Care Act to retake the House of Representatives and to achieve other gains through the election process,” Henneke said.

He said Democrats succeeded in 2018 because the Republicans, who had the White House, House, and Senate, did not achieve any health care reforms. But he said it is different now because President Donald Trump “has a pretty robust package of reforms that he has accomplished.”

Henneke said many Americans are dissatisfied with the ACA because it failed to deliver what Obama had pledged it would deliver.

“This was the law that was promised by President Obama to not only decrease costs but to give, you know, universal access to care. There are still, today, many problems with their health care system, and those are being driven by the Affordable Care Act,” he said, adding that some of the problems include affordability and lost of the choice of patients’ doctors.

Public Opinion tracking by the Kaiser Family Foundation found that attitudes toward the ACA are divided. In a poll conducted in October, 55 percent hold a favorable view of the ACA, while 39 percent hold a negative view of the law. When broken down by parties, 85 percent of Democrats hold a favorable view compared to 18 percent of Republicans who share the same opinion.

Meanwhile, the poll also found that 58 percent of Americans do not want the Supreme Court to overturn the ACA, with 89 percent of Democrats and only 16 percent of Republicans saying they don’t want the top court to strike down the law.

With reporting by Jan Jekielek. 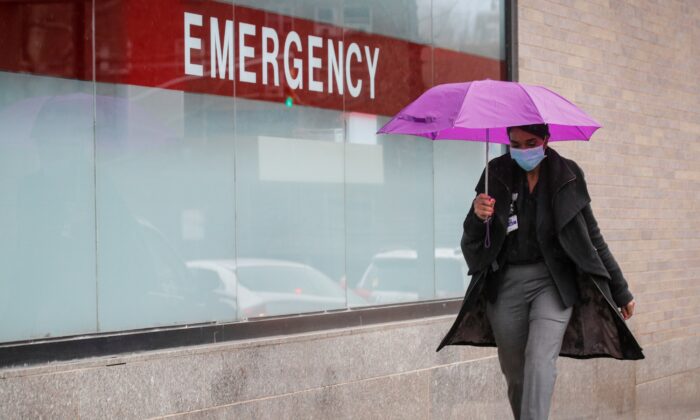