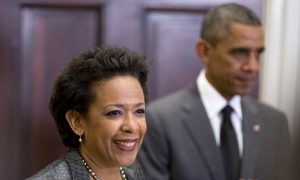 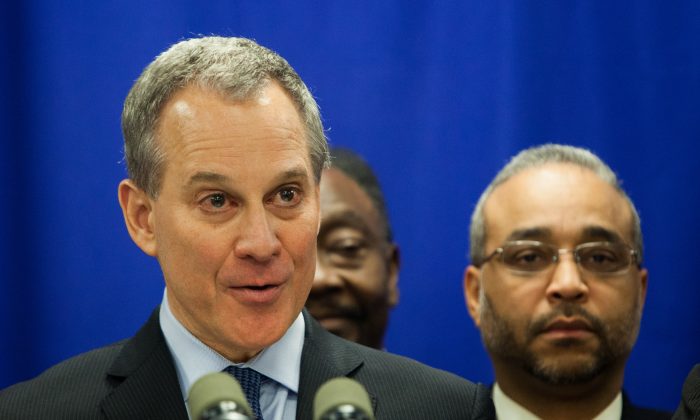 “The DAs in New York State are great folks,” Schneiderman said. But he also stated many believe there is an “inherent conflict” in DAs investigating police departments they routinely work with.

Schneiderman’s request responds to a week of thousands-strong protests against the Staten Island Grand Jury decision not to indict a police officer that put a local man Eric Garner in a chokehold during an arrest for peddling cigarettes, in July.

Garner died as a result. The Medical Examiner determined the chokehold was the cause of death, together with Garner’s chest being pressed, his asthma, and obesity.

Rights advocates, including Public Advocate Letitia James, have called for special state prosecutors to be appointed to such cases. “It is unrealistic to expect the district attorneys, who rely upon local police to make their cases, to be absolutely impartial when investigating cases of police misconduct,” she said Monday in support of Schneiderman’s request.

As Schneiderman pointed out, there have been bills proposed in Albany for over a decade seeking to move cases against police officers out of the DA’s purview. “But the fact is, we cannot afford to wait until the legislature returns to Albany, conducts its debates, and passes a bill,” he said.

“To channel the tension,” the governor should issue an executive order putting Schneiderman in charge of the police killings. “It is a simple, immediate, and effective solution. It is something we can do today,” he said.

But the governor has his own plan, calling for full-fledged reform of the criminal justice system.

“[M]eaningful change will require thoughtful dialogue and a real top to bottom review with criminal justice experts, community stakeholders, and police, prosecutorial, and judicial representatives,” stated the governor’s spokesperson Melissa Derosa in response to Schneiderman’s request. “We are reviewing the Attorney General’s proposal as we pursue this broader approach.”

Such change, however, would require legislative action on the matter, something impossible to accomplish since at least 1999.

A 2000 report by the United States Commission on Civil Rights indicates that local bias is “particularly true in the case of police brutality because the accused is often the same person that the county or district attorney relies upon for help in the investigation and prosecution of criminal defendants.”

“The Prosecutor’s Office relies on NYPD to be their investigators and their witnesses on pending cases that they have going on right now in other Grand Juries,” said Justina Luongo, attorney-in-charge of Criminal Practice in the Legal Aid Society, in a phone interview.

The Republican part of the legislature has a track record of not supporting bills that would transfer police misconduct prosecutions from local DAs to outside counsel.

Assemblyman Nick Perry, sponsor of the last bill to address this issue, said its success largely depends on his Republican colleagues listening to the voice of the protesters. “I don’t get any hints that that’s happening,” he said. “Most, if not all, of my republican colleagues are very conservative.”

Although Cuomo is reviewing the Attorney General’s proposal, it is considered controversial to circumvent the legislature with an executive order.